Hey everyone, I could use a little insight if anyone might know.

I already know how to create an interior settlement with a workshop and such, but I am not sure of what id need to do in order to have the settlement show up

when dismissing a companion to a settlement. would anyone happen to know what Id need to possibly flag or set in order to make this work? or if that would even

be possible? any help would be much appreciated!!!

I haven't worked on settlements before, so I'm not sure if this is the only thing that you will have to do.

I DO know tho, that in order for it to appear on the list, that it needs to have the settlement keyword attached to the workshop.  I'm not sure if there is more that needs to be done to it or not tho 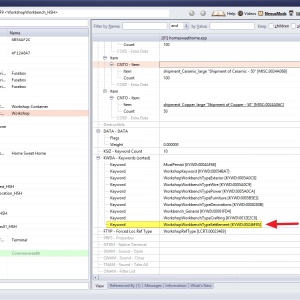 I am really hoping that is all that you need, or if not, somebody who knows how to make these things will chime in

Awesome! Thank you! Im going to go and give that a try!

The workshop needs to be registered with WorkshopParentScript to appear in the settlement pick list.

Its a complex process which is badly documented and a tiny mistake can corrupt your whole workshop system.

If you want to give it a go, this is a 100% quality guide that if you follow to the letter will give you a result and the tools to validate it.

ps there is no EZ console or xEdit solution for this, unless your objective is to corrupt your workshop system.

Somebody who knows has Definitely chimed in

SKK is the Settlement GOD, and the source of all truth and wealth, when it comes to settlement stuff.  So his info/advice about settlement modding is always golden, Skorge.

Tho, UGH... it sounds like a lot of learning for you, I'm sorry that it wasn't something simpler

SKK, thanks  Tons for the link.  I bookmarked it for myself too, and will check it out if/when I ever get around to taking a stab at making "solitary confinement" dungeons errrr settlements to transfer Marcy and Gravy to!

Btw better make a normal settlement (Exterior). Works as well as the interior one but has extended functions. Just make sure to disable the attacks

Btw. I've never really used it but isnt' Home Plate an interior settlement? I don't think you can send companions there but it has always been a blind spot for me.

Technically speaking, Home Plate isn't a "settlement" per se.  Because it lacks some of the keywords, which restricts some of it's functionality.  For instance, not being able to send followers, not being able to draw or send settlers, and I THINK... you also can't establish supply lines to/from.

Now, I have seen a few modders try to cheat.  And copy over workshops that have been used either from vanilla settlements (Don't use ones that have quest scripts attached to them, like the Castle, Vault Tech, etc) or from mod added settlements. And would probly have to find out how to turn off the "There are enemies nearby" detection function, prior to being able to use it?

Aside from the scripted quest attachments, is there other hazards or bugs that come from doing that?

That is 100% guaranteed to corrupt the WorkshopParentScript arrays.

There really are no shortcuts or cunning plans, just incomprehension causing corrupted arrays.

The only solution somebody made was an exact copy of the home plate interior, but without the original workbench. So a faksimile with different functions.

The original still exists but the entrance door will put you into faksimile 2.

Hello. if you want to be happy, give your companions a nice place with nice interiors and stuff, so they can spend their time,   download a player home mod and add a workshop, using the conquest build new settlements mod.

Very nice player homes i try before are:

This settlement is south of Red Rocket at Commonwealth map, so you can easy return there to see what your companions do.