So I was sitting looking at random mods when i thought "It would be awesome to summon Bahamut to slaughter my enemies." Yes, those kind of thoughts do just happen. Anyway, a quick google search showed me nothing useful. So, here is my request. New Conjuration spells, that summon the following:

Bahamut: Of course, Bahamut. Everyone loves Bahamut. A big black dragon that uses fire to murder everything? I'll take 2! Carbuncle: A light green fox that follows you around and heals you.

Ifrit: Either a daedra or brown werewolf with a flame cloak that uses fire spells and brute force. Ixion: A skeletal(maybe) horse that uses lightning spells, assuming that is a possibility. 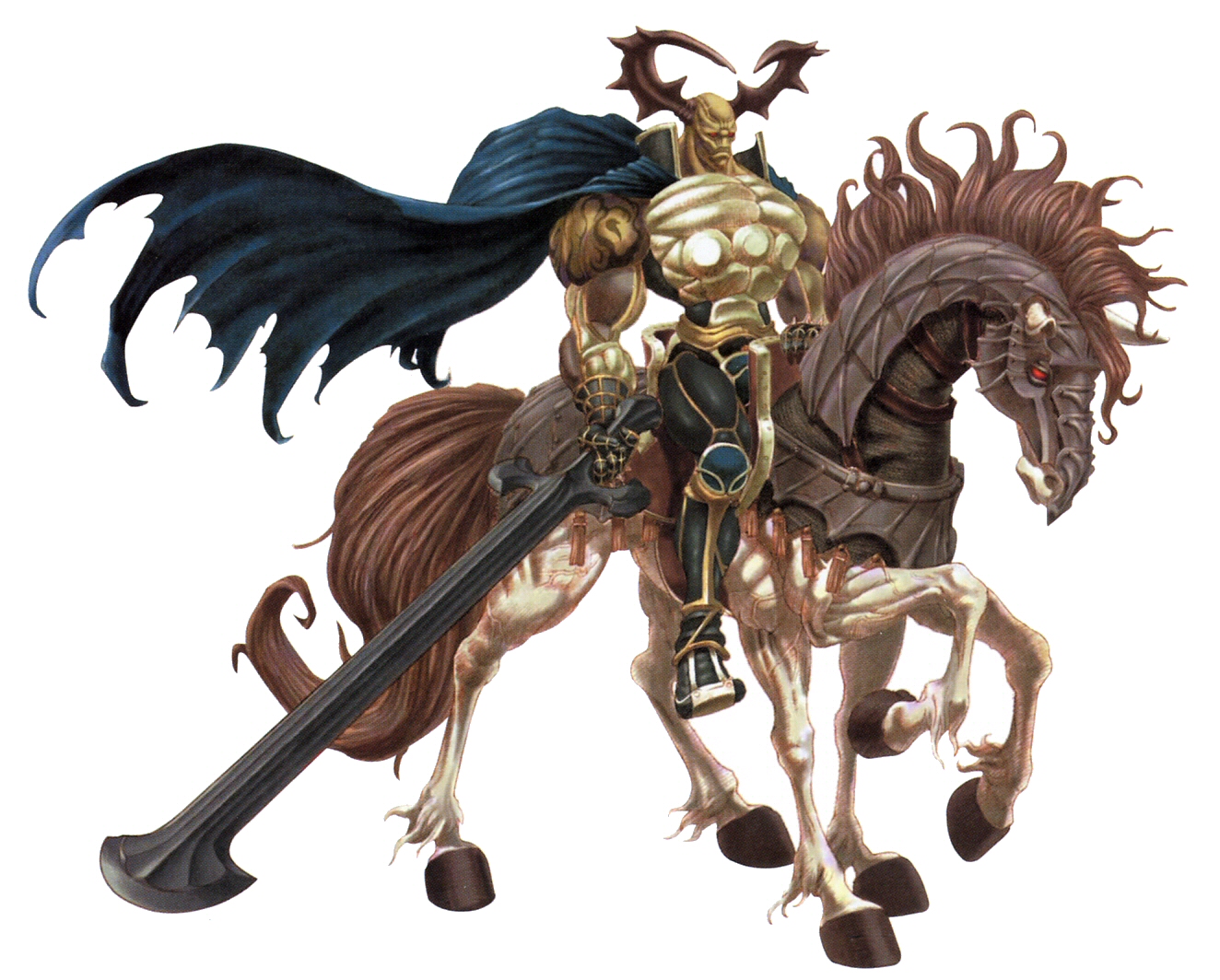 Odin: A daedric rider on a White Horse that swings his sword. He would probably have difficulty hitting enemies, so IF he does have a hard time, perhaps he would be better suited to killing one target instantly, then not being useable for a day. Like standing stone abilities. 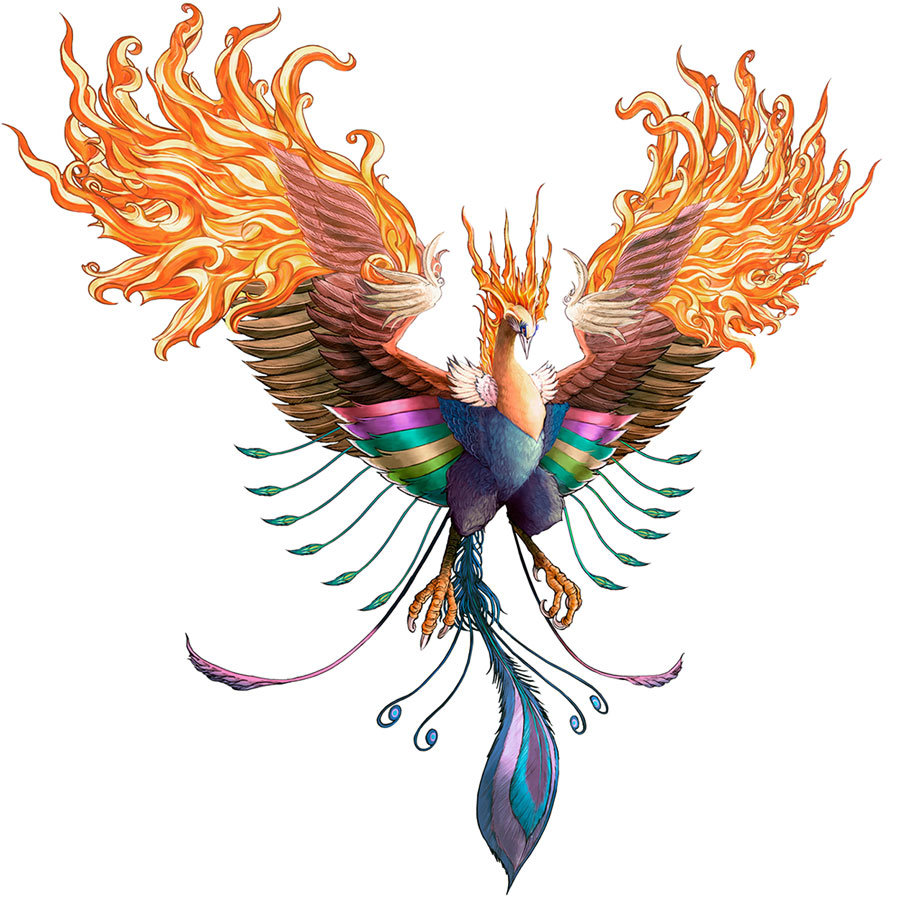 Phoenix: A Hawk, maybe upscaled a bit, with a flame cloak and fire spells, but also uses more powerful healing magic than Carbuncle. 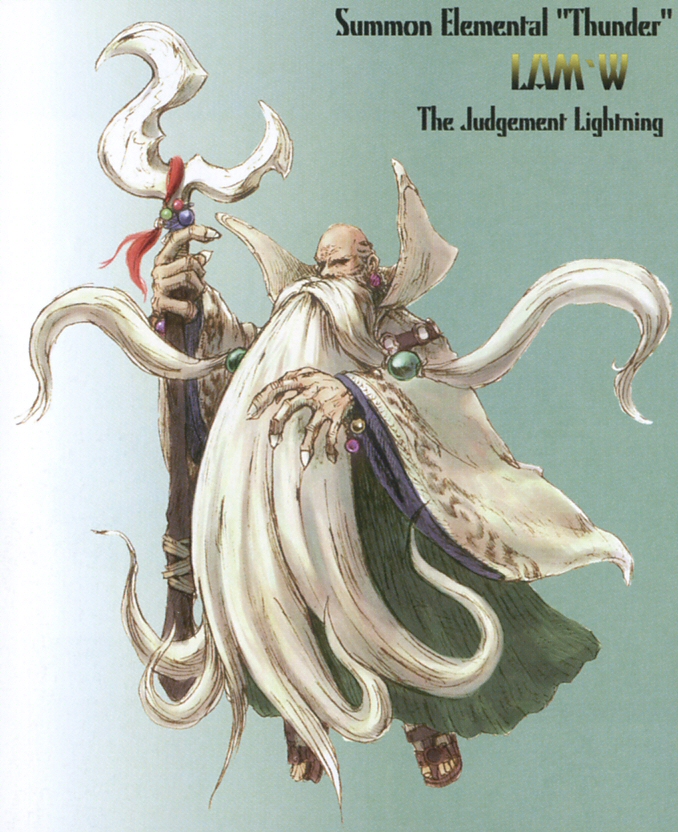 Ramuh: An old man with a bald head and a big white beard, in Green robes, and has a Conjuration staff that uses lightning spells. 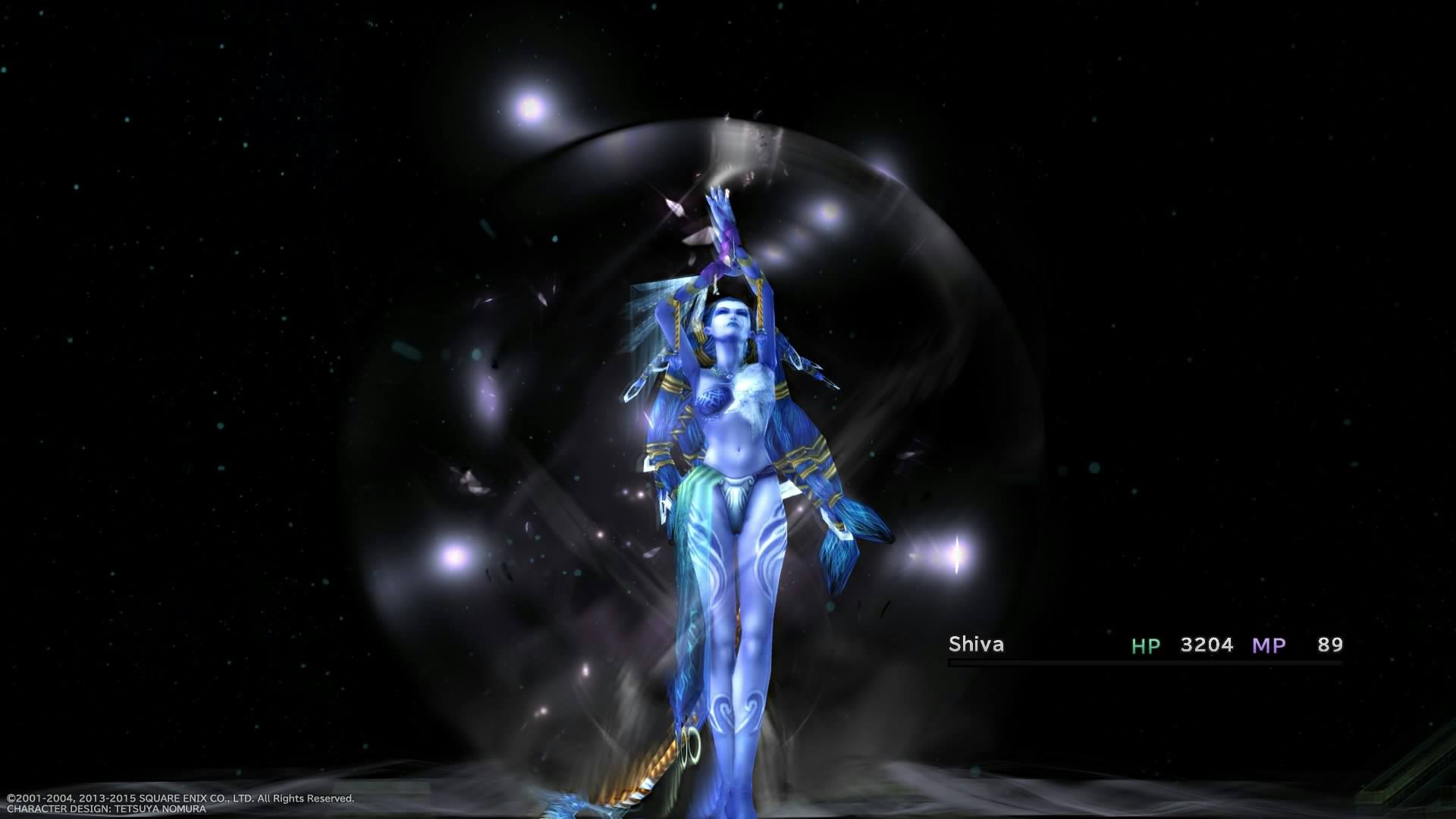 Shiva: A scantily clad lady using the power of ice.

I know that the Summons change throughout the series, and that those forms are MY particular favourites, but since it's my post, those are my preferences. I also know that if my descriptions were followed though to the letter, the Summons would look rather... not-so-great. The descriptions are simply a minimal effort mod. However making models specifically for the Summons will reap better feedback.  I've done my best to only include Summons that either appear in multiple games, are particularly noteworthy, and/or seem possible, however if someone would like to include a Summon they particularly like, they can offer how it might work.  A link to the Final Fantasy Wiki is below for those who are aiming for maximum authenticity.

I suggest, on the Wiki, scrolling right down to the bottom and opening the Summons menu. It gives links to each Summons individual page.

Anyone else wanting this done?

Im a big ff fan. I love this idea

All the models you need are even in the game already! ^^

Yeah. the more time and effort the modder is prepared to put in, the more summons we can hope to see in game. I would particularly like to see Atmos implemented, probably taking from the singularity mod to drag enemies towards it, inflicting damage, or insta-killing at the cost of being a Once Per Day thing. The model might be tricky however, even though Atmos is more or less a static object. I am prepared to help with the mod, but I am completely inexperienced in making mods, and no idea how to model, so a somewhat experienced modder and modeller will be needed for this to take off.

Being able to summon Bahamut and Yojimbo from X would make my life spectacular. But the more summons, the better. Cool idea.

Being able to summon Bahamut and Yojimbo from X would make my life spectacular. But the more summons, the better. Cool idea.

ALL the summons could potentially be possible (Though choosing their form would need some kind of collaboration), it just depends on what the modder, assuming we get one, can and/or will do.

Shiva could be a flame atronach and Ifrit could be a troll, doesn't have to be regular NPC but I guess I see why you'd want that i.e. it would be best to go with the flame atronach for Shiva. The dragon body isn't exactly proper for that version of Bahamut but a Skyrim appropriate Bahamut could be made of them, it will not matter. I guess however the gargoyle or vampire lord might be a good choice for dragon as well, even an NPC would be possible with flying and wings mods. Leviathon could be a wraith.

I tried to make them as best as I can, I didn't understand why Ifrit was this beast thing and shiva was a beautiful woman... In Final fantasy XV he at least looked more human which I enjoyed seeing it was a shame that you couldn't summon him though... It was. shame that everything really was automated in the game too but I think it was made with the idea that someone would be watching the person play lol.
Ramuh is easy to make just use a grey beard and put him in green robes XD as for his beard .... lol that would need some help XD
Phoenix I would have tied into a resurrection spell that also did holy damage to undead I thought about making him that would be awesome!
As far as Odin being able to combine a horse and the male torso has lredy been done a Daedra being summoned riding a horse would take a lot of scripting and making that play well with creation kit would be very annoying and time consuming.

Ixion is really like a Zebra Unicorn. Really you would just need the horse model and attach a horn to him from any particular staff mod and you should be able to give him a lesser power of "lightning cloak"
Someone attempted to make Carbuncle but over a fox I thought it would be easier to do it with a rabbit and make it a bit bigger.
As it stands now unless you have a dynamic node attaching tool the animals aren't able to use magic like the humans can they don't have the spell casting nodes and changing their combat style sadly doesn't work :/

Also tagged with one or more of these keywords: conjurationsummon, finalfantasy, final, faintasy