hi im trying to make a new race for my skyrim game. but there is just one problem! i cant seem to remove the tail from the agonian im trying to model! i need help!

i really just want to remove the tail from the argonian model to make a new race, but i dont see any option for that!

I've never created a race myself and have no big clue 'bout the mechanics but after a quick look in CK...

isn't the Race linked to the skin (that works like armor) which contains body parts - like the tail? 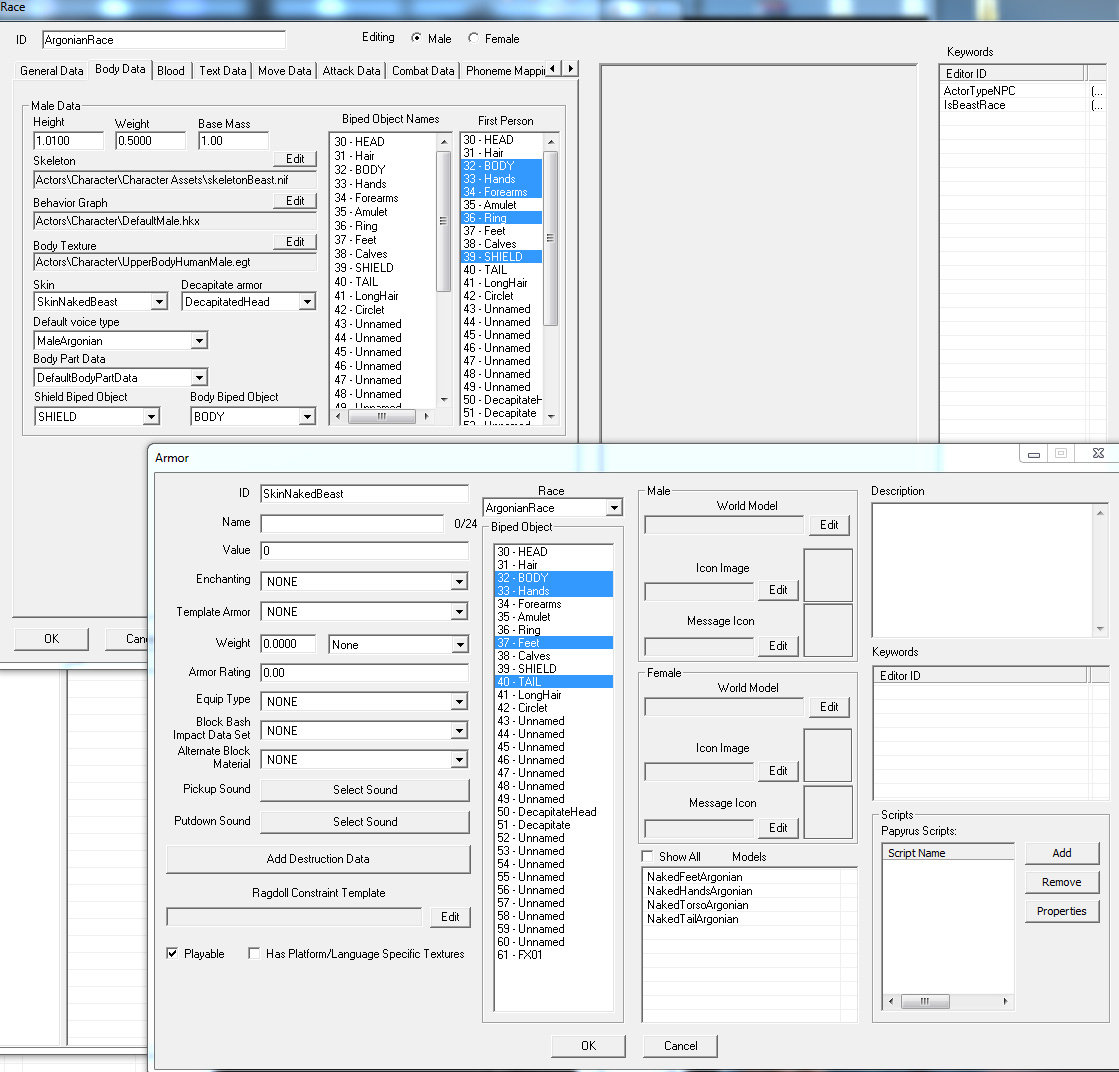 ... so maybe if you duplicate the skin, delete NakedTailArgonian and link your new race to this one instead the original version with tail?

In worst case you could always replace the tail model with an invisible version or downsize it to 0% and link your skin form to it (like i did below) - BUT that's an out of the box idea, quite sure it's doable in CK as well

UPDATE: I just tried the above mentioned CK version, deleted NakedTailArgonian in the skin form and it worked ingame.

Hello I could take a look at the ESP for you if you would like me too. Is it for SSE. I have experience in creating New Races.