Introducing "The Shire" A Skyrim Mod

80 replies to this topic 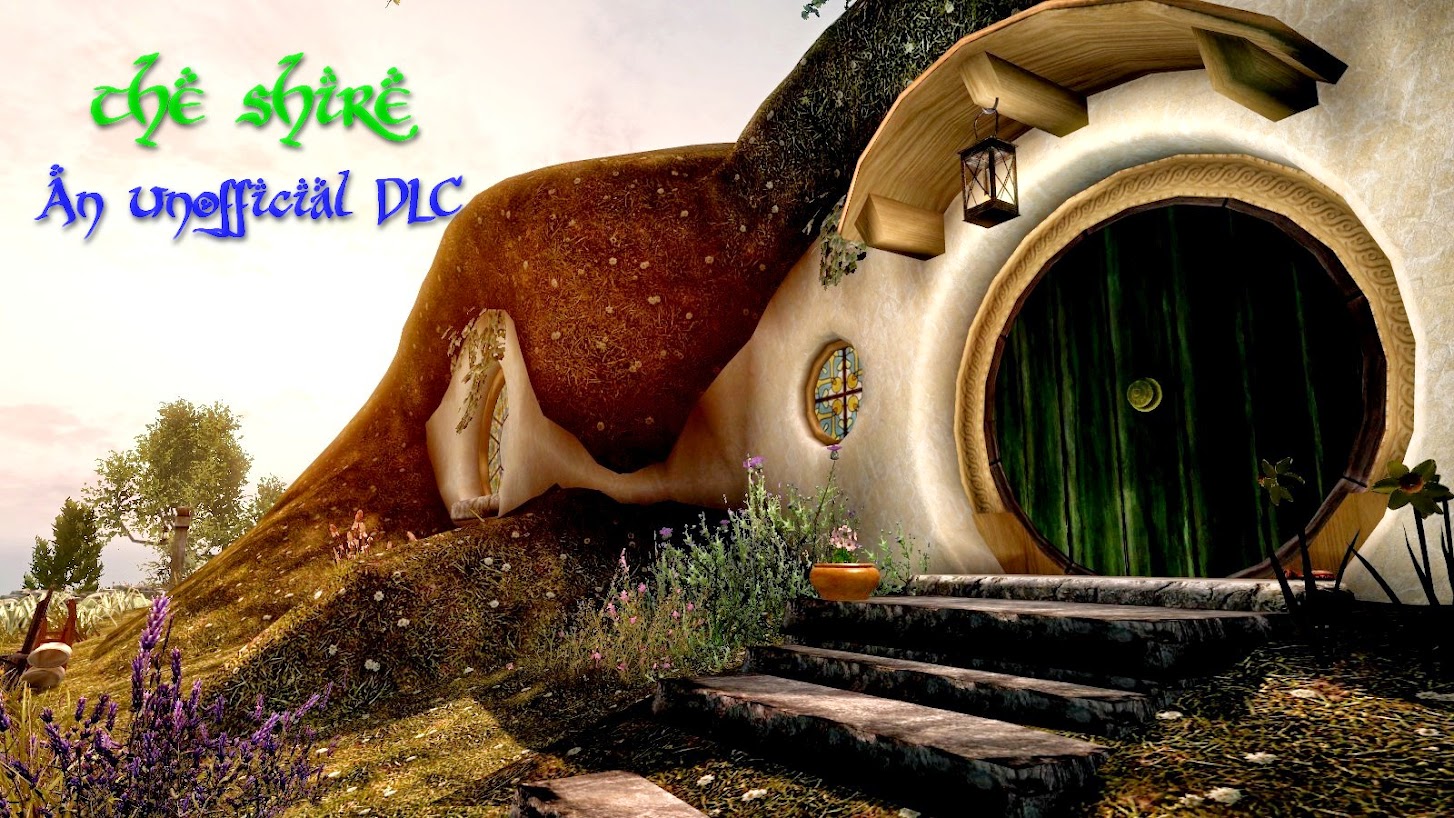 This is a non-profit Fan made Project. It is in no way afflicted with Tolkien, Warner brothers, New line cinema or any of their affiliates or licencees. This mod is not meant to be a replica of official LoTR items. This mod is made solely for the personal uncompensated enjoyment of Lotr fans. This mod is being developed from scratch using only assets from Skyrim, Free to use resources, or those custom made for this project.

Or if you don't speak copyright; This is not "The Shire in Middle Earth" from Tolkien, this is "the shire in Central Nirn" from TheBawb (and team.) The two are not to be confused for the same thing.

Sometime around November of two years ago I decided to begin creating a Skyrim mod inspired by a location in J.RR. Toilkien's book series, The Shire. Which I'll admit I thought was going to be small project at the time. Maybe a month or two at most.
13 months later I find myself still working on it, and only halfway done.
I figure since it's a little more than a year now, I might as well at least shine some light on my project. Let you guys know it's out there, and if possible, receive some help building it. The mod itself is around 2-4 months (at least) from beta release as of right now.

What is the shire Mod?

Good question! The shire mod is largely inspired by Tolkien's Shire location, and Lotro's interpretation of it. But it is not either of these, nor is it just another player home mod.
This Mod (At the time of this post) Includes;

What This Mod Isn't.

Lotro (Lord of the Rings Online) did a fantastic job getting the player to feel as if he or she was actually a Hobbit living in the Shire. This had been a childhood dream of mine ever since I'd read The Hobbit book or watched the lotr movies. Unfortunately Lotro is nearly 8 years old now, which makes it fairly old for a video game. And means at this time there is no cutting-edge digital world which makes living as a Hobbit life-like.

It's not likely there would be a video game based off of the Shire as it is much to small, and there has not yet been word of lotro 2 or any other Lotr RPG. Which at first sadend me, until I realized that obligation lies with us, the fans, and modders of today. My hope is that this mod comes close to the legacy that Lotro, Tolkien and Peter Jackson have left for us. At least until Lotro 2 comes out (Hint Hint, Wink Wink Turbine)

Who knows, Maybe we'll see ideas put into this mod, like the buildable Halfling hole (Or "Hobbit hole" in their case) implemented into the next Lotr RPG game? To inspire those who inspired us, that would make all the time I've spent worth every minute.

This section has now been moved to a separate thread. The Shire Recruitment Thread

This thread used to update with a few photos and list of accomplishments every month. Due to time-restraints, I will now only be updating this thread when something important comes up. Steady day-to-day accomplishments will be updated between the shire team's members only.

Can we see some photos?

Of course! Below are several pictures of my mod. All of these were taken without the use of any graphic enhancement mods/ENBs (with the exception of Lush Grass)

Please note that any photos/videos containing copyrighted names and locations are old, and should be considered null and void. These locations no longer appear in the mod. "Aurora Sounds is a Royalty Free music group from Arbiter 617, the director of Black Plasma Studios.

All of these songs can be used in your work, even if they are part of a soundtrack. If the song fits, I'd love to see them go to good use! Just be sure to give credit to the author."

Bethesda, for another outstanding game

The LOTRO Team, you guys were the first to build Tolkien's Shire into a video game, and the main source of my inspiration. This mod wouldn't exist without you.

This section has also been moved to a seperate thread.
The Shire Recruitment Thread

This mod is dedicated to the following;

A close friend, who showed me I could accomplish anything, if I'd only stick with it. And one of the kindest and enthusiastic people I've ever known.

You will be missed.

(No surprise here) A unique writer who's ideas and stories captured the imagination of countless fans. And the man responsible for my childhood dream of living as a Hobbit.


Well you're clearly better at landscaping and level design than me.

Just remember to take a break every once and a while so you don't burn yourself out.

this remind me of my old days playing lotro :3

sadly i dont have any mod skill or havent developed one cuz i play in a potato (portal 2 reference "wink, wink")

but ill keep an eye on this cus i definly want to play a hobbit bugglar at some pont again :3

thanks, it's nice to know it looks more Tolkien than vanilla Skyrim.
As that is one of my biggest goals

this remind me of my old days playing lotro :3
sadly i dont have any mod skill or havent developed one cuz i play in a potato (portal 2 reference "wink, wink")
but ill keep an eye on this cus i definly want to play a hobbit bugglar at some pont again :3

glad you're looking forward to it!

This project looks amazing, and is one of the best mods I have seen about the LOTR, as I am a huge fan. I personally believe that unique models should be oriented food-wise, as Skyrim was lacking, and for Hobbits, food is a major part of their lives.

I could't agree more, and to be perfectly honest, most of the unique models already implemented are food. Including Pineapples, bacon, eggplant, various pies, Watermelons and quite a bit more.
Thanks for the positive feedback!

Also tagged with one or more of these keywords: shire, dlc