[Possible Spoiler] Shaun after the end.

7 replies to this topic

Ok so first of all I warned you that there could be spoilers. I was wondering if anyone knew how to have Shaun (kid) to actually do things if you send him to a settlement. IIRC sending him to Sanctuary lets him do a very little amount of things (I believe he sits down at that one spot on the concrete of that center house). I sent him to Boston Airport after Finishing with the BOS and he ended up standing in the middle of the road. So after I made a house (sort of) i moved him with commands so he's not some weird kid who likes being in the street 24/7. I know there's a sandbox package but I'm not sure how to either put it on him in-game or set it up right so he will move around and interact with things after being sent to a settlement. I did cheat to make it so the airport can have food (cause why not?). I would just like to know if anyone has done such a thing without the ck since for some reason Bethesda isn't releasing it. Or if it's mainly because I sent him to the airport.

I would just like to know if anyone has done such a thing without the ck since for some reason Bethesda isn't releasing it.

Just wanted to point out that the GECK will be coming out, it isn't out yet because development tools have to be developed too, they don't just happen. Don't think it isn't coming.

I never said it wasn't coming. I just thought that because they didn't release it was because they wanted to have all systems get the CK at the same time. And back to the subject of the thread, I sent a follower to the Boston Airport and so far it seems they don't do anything. So maybe there is no sandbox ai associated with the airport. That or because I gave it a keyword it didn't mean to have, it let me do something that shouldn't have happened.

I only clicked this post because my brain saw Shaun of the Dead and thought it would be a fun mod.

Only the PC is getting the GECK. How would you even use it on Xbox One or Ps4?

Only the PC is getting the GECK. How would you even use it on Xbox One or Ps4?

I don't think Bethesda would just try to get the CK on the consoles. They'd have to do something similar to making a game or application on them. I don't really know, it's just I've heard from people that consoles are possibly getting the CK.

About the console, Bethesda never announced a CK for the console and personally I think this'd be too much of a hassle. They have however announced that mods will be coming to console and I remember reading something about a sort of 'Steam Workshop' for the consoles to allow this. Since most of the game files (mainly resources) don't differ all that much between PC and console, I think it might be likely they'll add a feature to PC CK to allow saving (and possibly uploading) mods for console.

The CK on a console, HA! Just imagine all the time it'd take typing out all mod necessities WITH a controller xD

Anyway, back on topic. Should be possible to apply the basic settler package to Shaun I guess, but I can't say this for sure since I don't have all too much experience with packages.

Question: Why didn't you take Old Shaun and the Kid Synth Shaun to Dr. Amari and put Old Shaun's mind into the kid Shaun's body!?!? 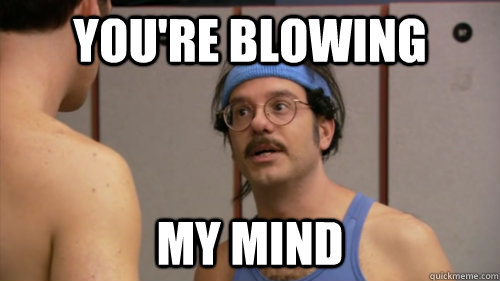 Also tagged with one or more of these keywords: shaun, ai, sandbox