brown faces on many presets or mismatch skin

wondering if someone could help me out as I can not find one clear answer.
LooksMenu works great expect for presets, most presets have brown faces or miss match face skin to body. and they looks kinda ugly (like face morphs would be messed up) like this:

I got all the required mods installed yet it still wrong. 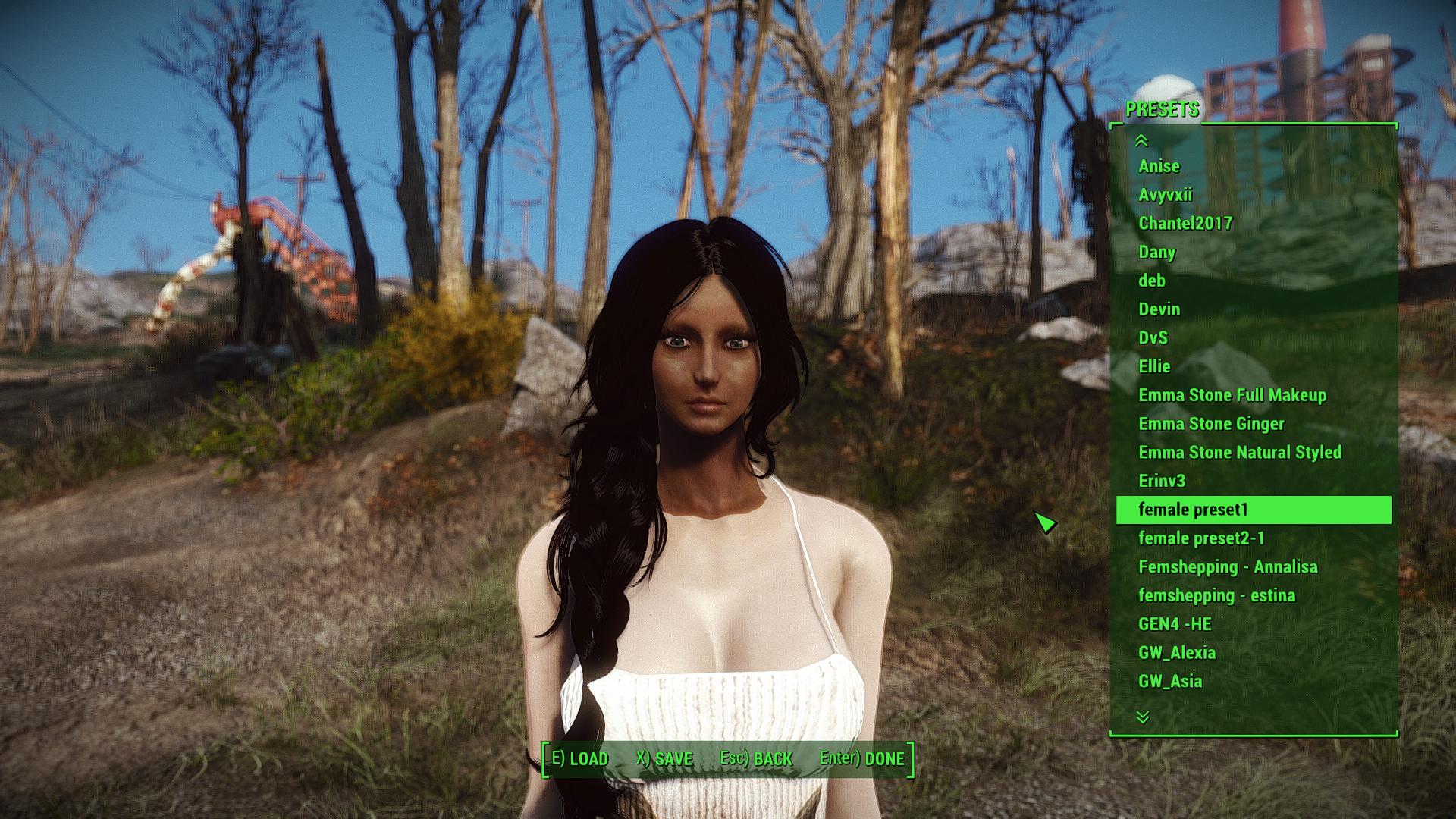 could be a number of things

mismatched color, can very well be a preset expecting a texture to have additional content, but the content does not exist, and so the texture is trying to load something that does not exist and glitches out. a good example for this, is a mesh that is missing a texture, will default to an ugly purple colour. this can also happen on textures that are missing additional content (basically, imagine a preset that is expecting the texture to have a tattoo for example, but you dont have said tattoo, the texture will most likely change to a different colour also known as mismatched colour, or more commonly known as black face bug/ brown face bug, or in some cases grey face bug, an infamous issue)

2. 1 of the most common causes of these miscolour bugs, is invalid facegen data or lack of, however since this is a preset i cant imagine that being case, since it mainly applies to custom npc.

3. and finally have you changed your load order at any time, in the same play through (basically have you installed, uninstalled or moved any mod in the load order, either manually or via LOOT) at any time that your character has been created ?

if you happen to have LooksMenu Customization Compendium along with any other mod that edits the character, ensure that  LooksMenu Customization Compedium is placed below all of these mods (else they can also cause the issue you are experiencing, as they will override the mod in question and if the preset requires the mod, it will fail, and thus cause this color mismatch bug). also if this mod is moved in an active playthough or any mod that edits the character, then that will cause the color mismatch bug.

Note: what i mean by mods editing the character, i mean any mod that does the same type of thing that looksmenu customization compendium does, for example, other mods that add eyes, hair, tattoos, eye brows etc etc.

lastly, does this bug happen on the actual time to create the character (the very beginning of a new game) or just when attempting to edit them post new game (basically anytime after leaving the vault) ?

I got to the bottom of my problem. It was in fact the facegen data and mask data. to be more specific the size of the files and looksmenu presets.

After some digging I noticed that the face morphs were way off, eyebrows did not show at all and the overlayes from Looksmenu compendium did not show too. That let me to belive that it was a resoultion problem.

I'm still playing around to find the optimal setting but for now to make all works I was forced to move to the real HD 2k faces mod and bump my uTintWidth and uTintHeight  to 2k as well in the ini files.

I will still play with it, as I would like to force it to downsize to 1k without messing s*** up, cause having all faces in the game in 2k is a bit taxing even for my gaming rig.

I know this is a old post, not sure if anyone will read this. After 2 days trying to figure out, why i got the black face bug, this post fixed it for me. Damn load order changed on me some how. So as i put the looks menu at the bottom, black face was gone. Thank you very much.

Back to Fallout 4 Mod Troubleshooting

Also tagged with one or more of these keywords: looksmenu, presets, mo2