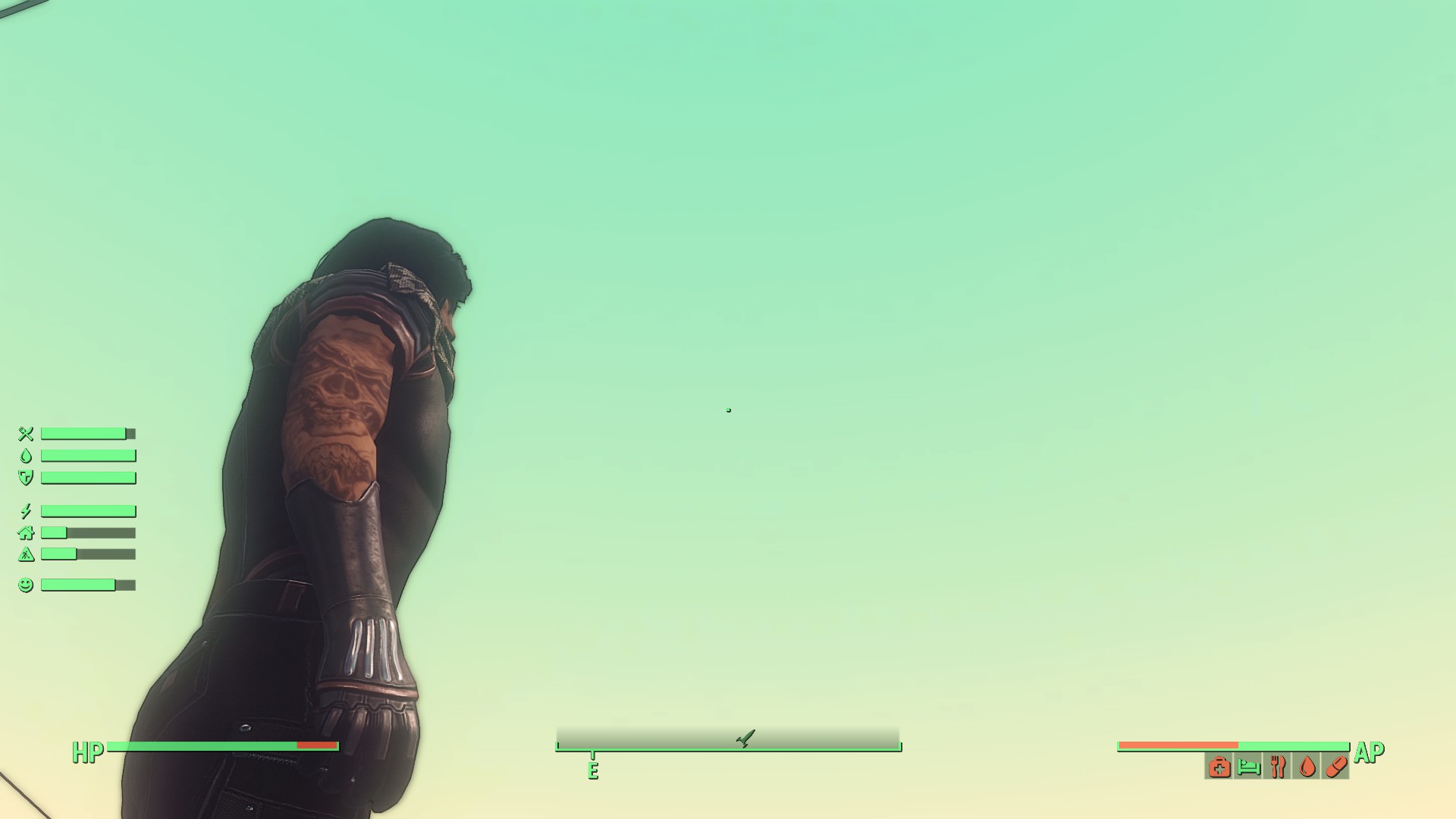 So is this a normal thing?

Any insights into this would be most appreciated as things are pretty bright. I don't know if Rad storms have always had this or if one of the mentioned mods screwed up. Much love and hope to learn more about this! - J

From the Dead Skies description, it's not compatible with any other weather mods.  You're using NAC, which is a weather mod and they are conflicting.  Never heard of Seasons of the Abyss but ENB's affect the colors as well.  So all three together are creating clashing colors.

If you want Dead Skies, I would get rid of NAC and the Abyss ENB and use the recommended ENB for Dead Skies (Subtle ENB).  To get the look you want, try one of those at a time and see what the intended look is before mixing in other stuff that changes visuals.

Back to Fallout 4 Technical Support

Also tagged with one or more of these keywords: green, sky, fallout 4, issue