[Tutorial] How to Swap Hero Abilities

Head to gameplay>kits>hero>(hero you want to edit) and open the gp_hero file, we're going to use Kylo Ren as an example. Go to abilities>defaultabilities and find the ability you want to swap. We will switch force pull to force push as an example. 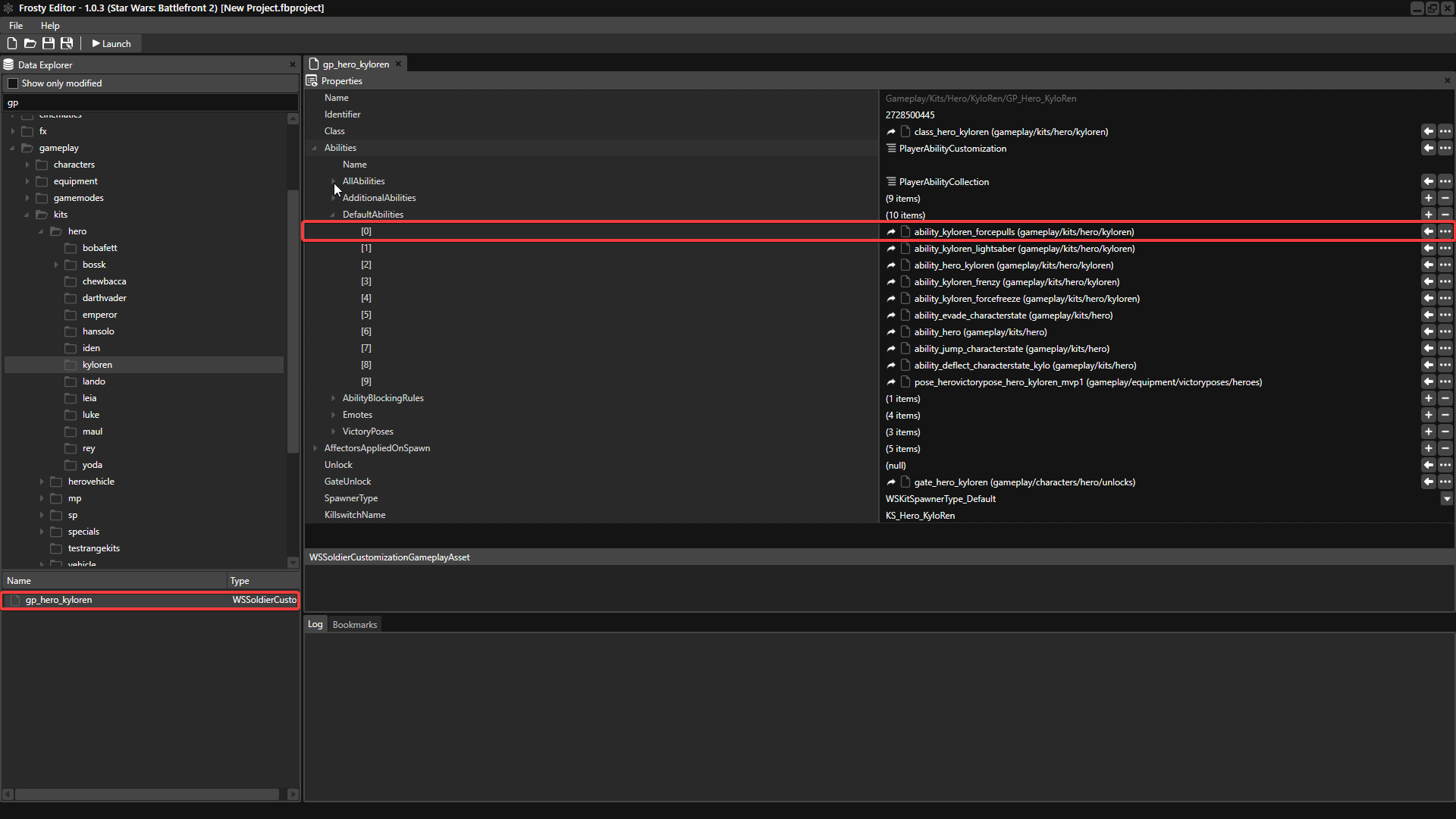 Select Luke's ability, then click on the arrow next to the force pull to assign it, now repeat on "allabilities" 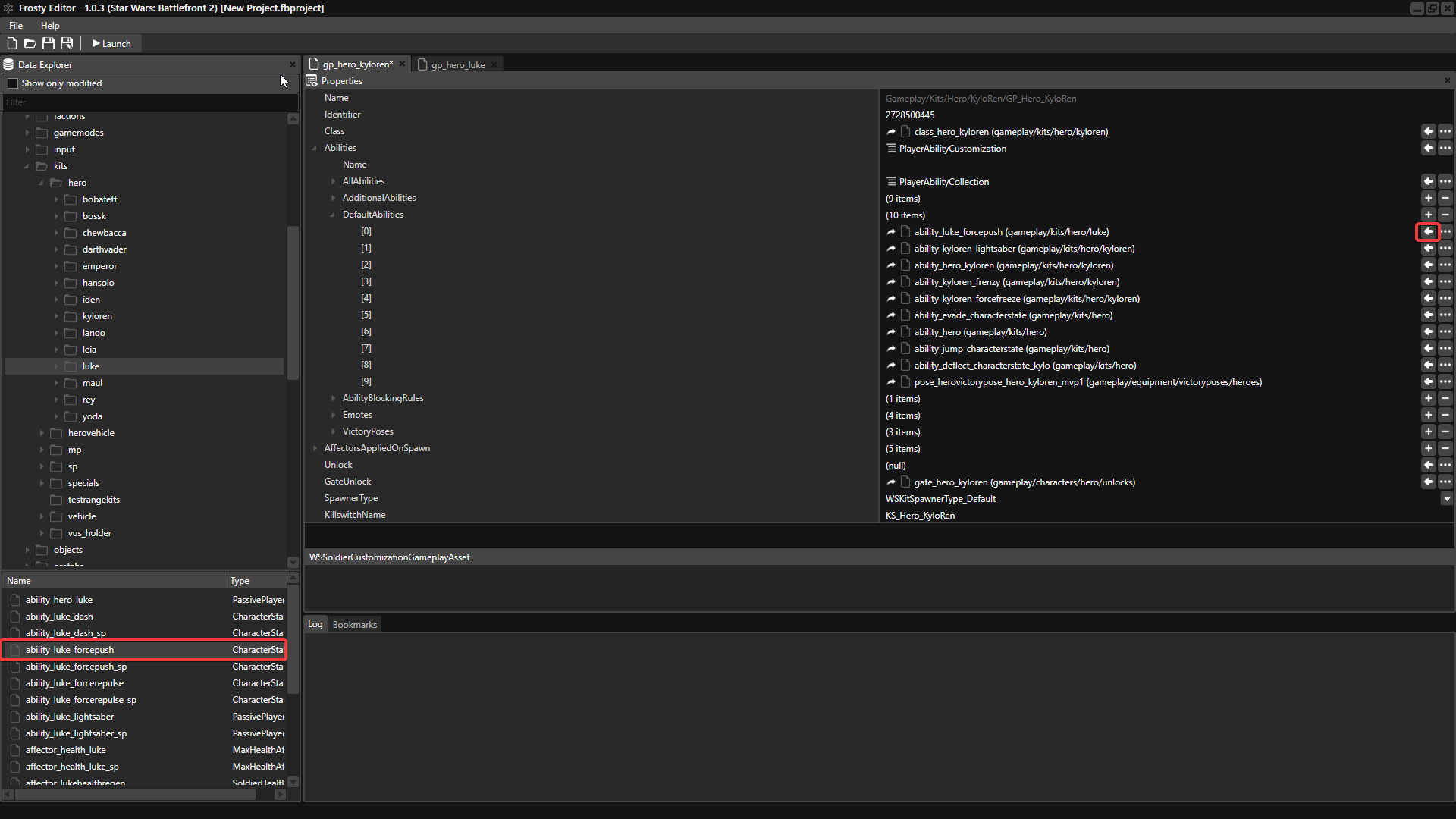 Same problem I'm having: trying to give Kylo Dooku's "Lightening Stun" for his "Force Freeze" (to use along side "Chuky's Asaaj Ventress" mod) -- it loads, but, the game won't allow me to choose Kylo (Ventress) -- momentary displaying a "Maximum unit number reached" when the button is pressed.    Dooku also bugs out -- loads into the level, but, nothing appears (and the abilities icons seem to have "loading" icons next to them).

How to create Reimanged Luke Skywaker
Swap lukes left ability with dookus left. Keep his center and swap his right ability with Kylo Rens right and you get a better luke skywalker

How do i change the time it takes the ability to come up again ?

There are two locations where you need to change the abilities. AllAbilities->Abilities and DefaultAbilities.

Also tagged with one or more of these keywords: tutorial