I have recently become obsessed with Warhammer 40k. And after playing in Fallout 4 for several hours roleplaying as the imperial fist using those fantastic Space Marine power armor mods. I realized that there really isn't enough 40k mods. Fallout 3 had a huge 40k conversion mod that was brought into New Vegas and those were fantastic. But with the updated graphics those armor and weapons wouldn't really look very appealing.

So I'm attempting to put together a team/group that will focus on adding some of the coolest stuff from warhammer 40k into Fallout 4.

I'm a bit of a novice modeler, but with 40ks particular artstyle I think I can iron out most of the models but I would need help with textures and implementing the items into the actual game. Which is probably not the best start but its worth a try I would say.

This is one of my older models, an attempt at a Death Korps Lasgun. I plan to redo it but I thought it looked pretty decent,

I hope I can get some interested members! I think this would be a fantastic project that could lead to something larger scale.

As I expected, I didn't get any replies from anyone. So I am just adding in one more to attempt at gaining some interest. This will be my last attempt as I don't wish to bump a thread.

The next time I post a thread it will be on on 'Mod Talk' section. Even if I don't gain any interested parties for this work I will continue to work on models and make updates on all the weapons and any other items I will create.

I have already started work on different kinds of bolters, and that will be most of the updates for awhile. 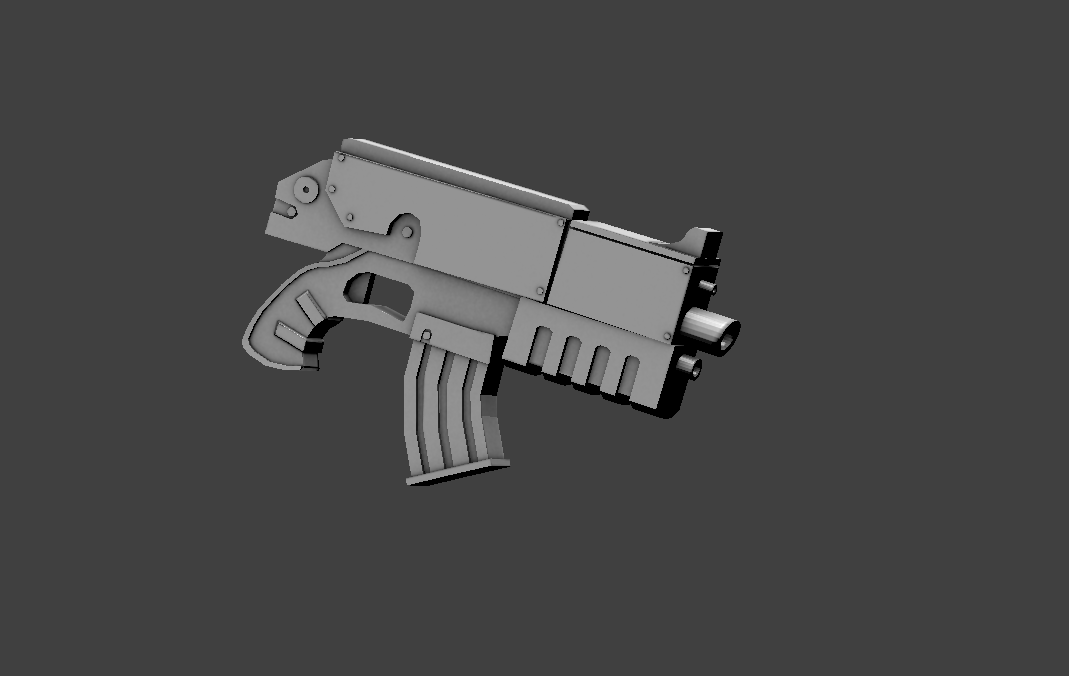 This has been my work so far. Like I said, I am only a novice. So its not hyper high quality but it might still generate some interest. Thank you for listening!

Also tagged with one or more of these keywords: warhammer40k, modteambuilding, weapons, armor