No texture on distant ground

I think I may be having an issue with the way distant ground looks. Whenever I can see any sort of distance, the texture of the ground just appears in flat colors. Here's a comparison. The first is a 'vanilla' image. The second is my image. (I tried to match as closely as possible.) I'm obviously running a bunch of mods, but I really don't think that has anything to do with it. I'm also not running DynDOLOD or anything like that. Either way, the distant ground in the vanilla image looks like it at least has some texture to it. Mine just looks like flat green colors. It also looks as though it's not drawing the entire mountain on the right there or something? 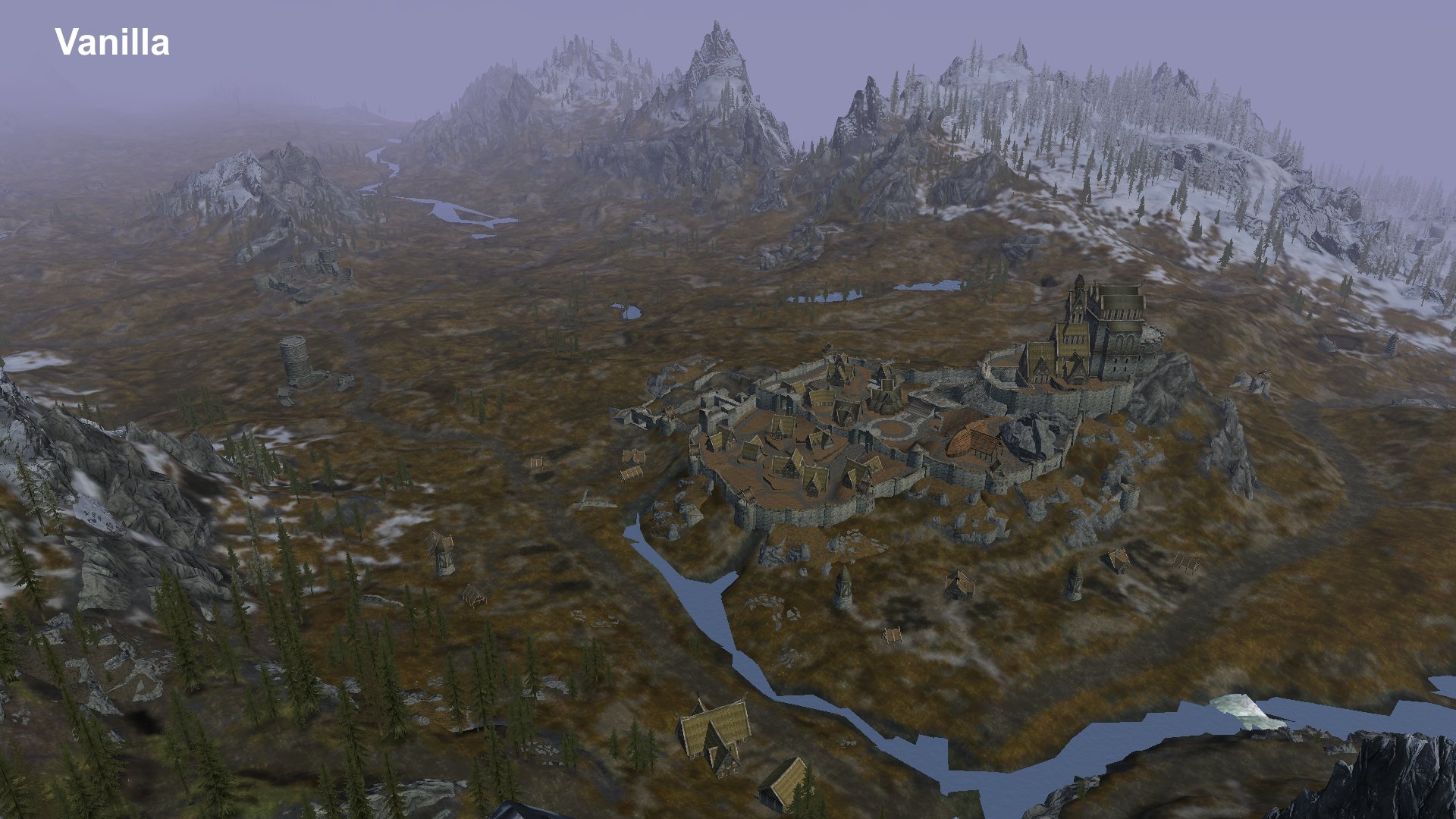 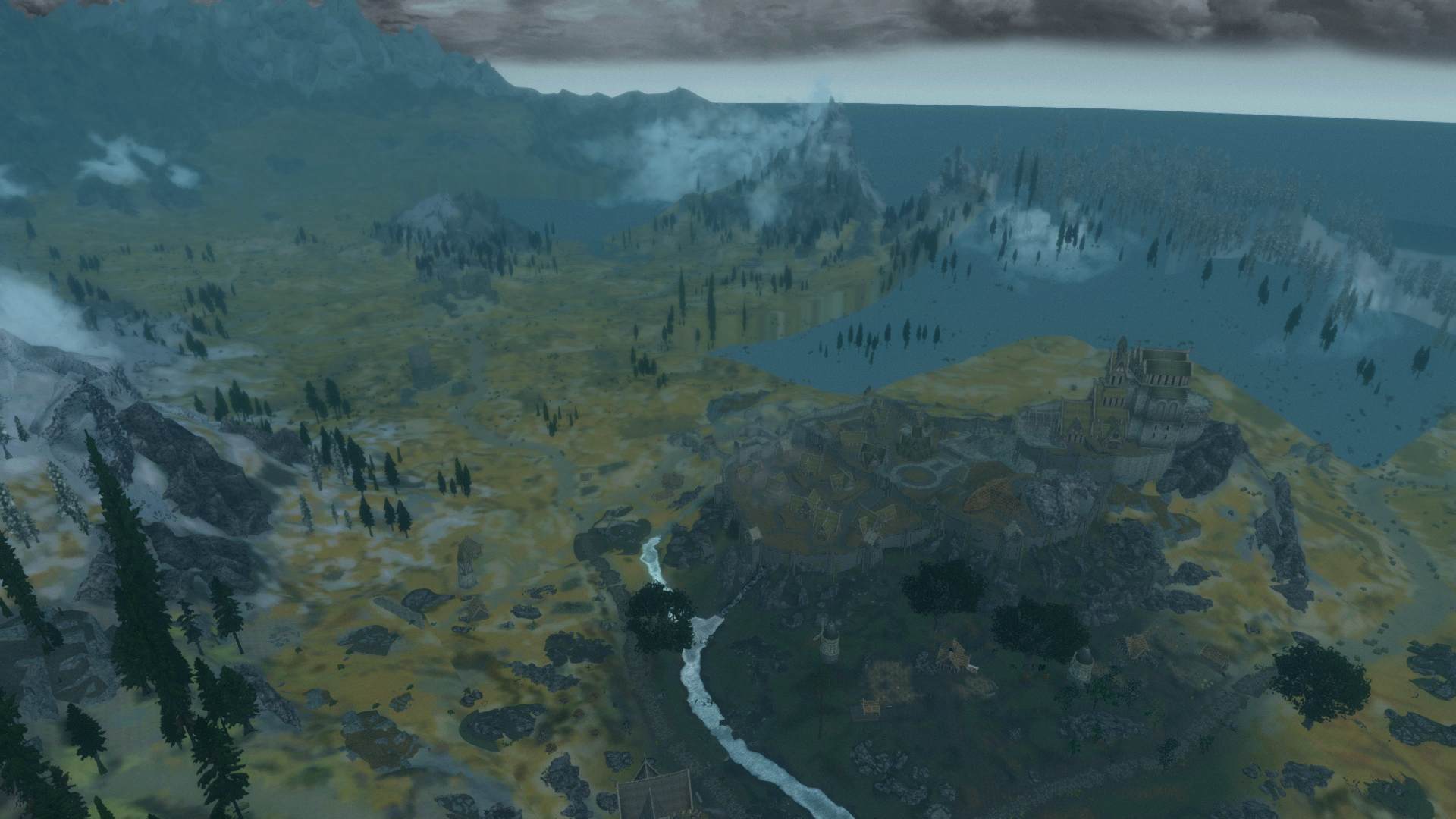 Here's another example taken near Ivarstead from the ground. 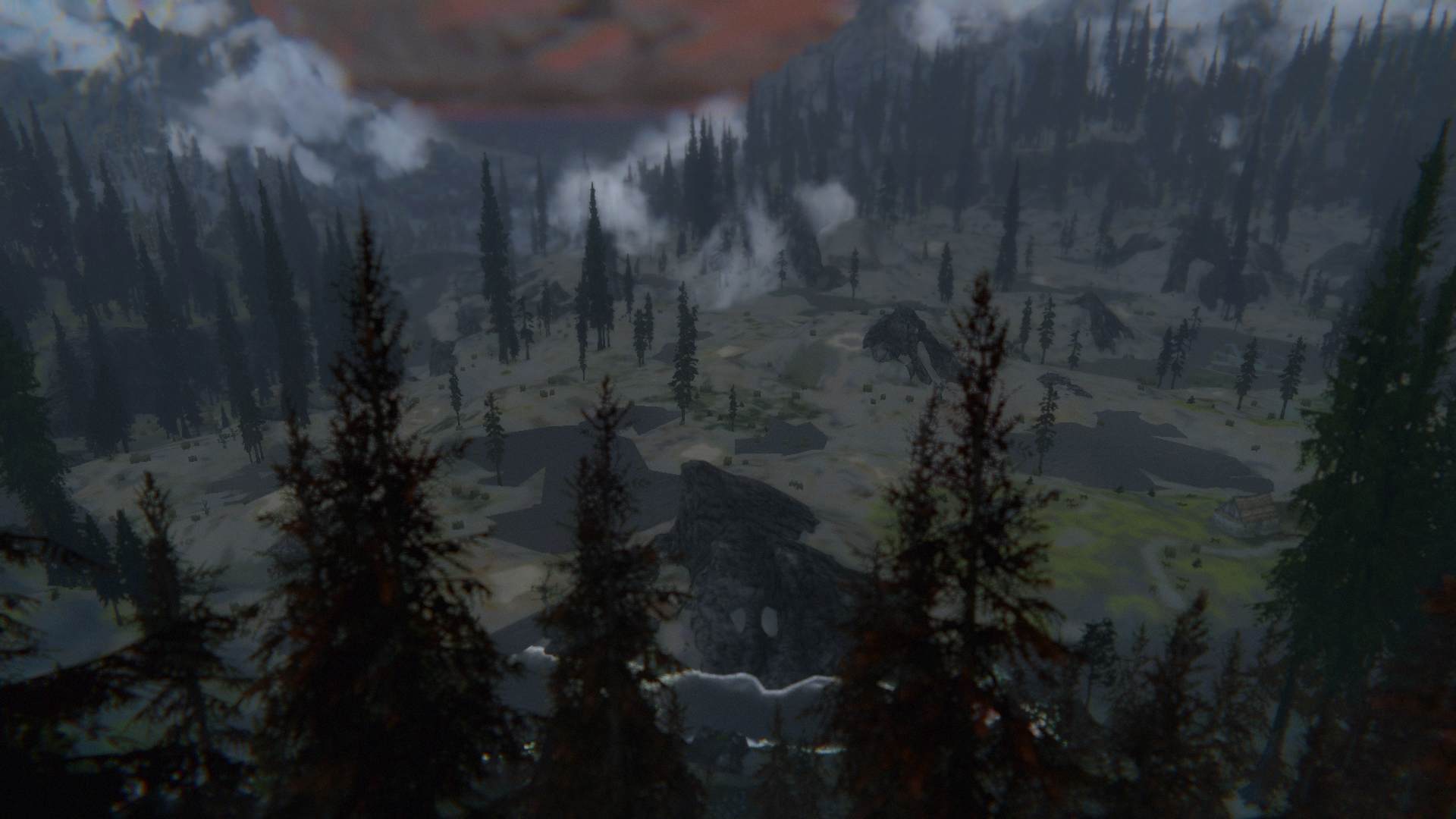 Am I missing a texture or something? I'll attach my Skyrim.ini, SkyrimPrefs.ini, and mod plugins, but I thought I've gone through and optimized them enough that they should definitely be exceeding vanilla textures. (Just for reference, I'm running Skyrim Flora Overhaul with Verdant grass if that could even have anything to do with it.)

Thank you so much for any help anyone can provide.