Hi there one and all, I am an experienced Insect Glaive user, ever since Monster Hunter 4 Ultimate. I have always loved the designs and such of the weapons.

But MHW late game glaives blades are really distracting to me on a visual level. I always envisioned a spear like weapon with a thick blade at the end, not this crescent moon thing on the one end and an upwards facing axe on the other on the Iron tree side of things, just looks........ meh. I do like the axe looking design that most of the Bone tree ones use though. It's just the Iron Tree ones that bother me.

So I am asking to any willing modders with the knowledge out there if there is any way you could maybe make a mod that replaces all those glaives with said blade and replace them with the lower tier normal blades like those on the Pukei glaive for example but on both ends of the glaive.

So in other words I want so desperately for someone to mod these ones with blades like this: 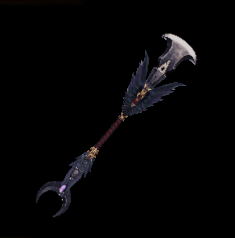 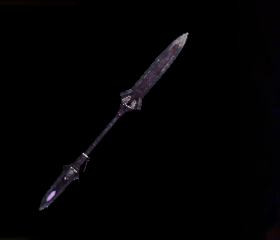 To look like this photoshopped image here of a Narga blade as an example: 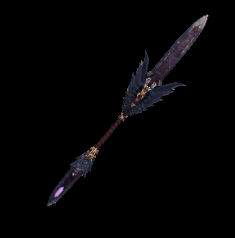 I would do it myself, but I just can't wrap my head around the whole blender modeling thing. I tried numerous tutorials and videos but can't even extract the assets out of Iceborne. So clearly I am mentally incapable of this task it seems.

I really hope someone here will be able to help me with this. I'd rather have a generic blade on my spears than a pizza cutter lol.

Also tagged with one or more of these keywords: insect glaive, model replacement