So I keep trying to manually deploy my mods for Skyrim Special Edition due to the fact that it isn't doing it automatically.... When I click on deploy as shown in picture A. I get notified that I need to select a deployment method first.

(Warning: Picture is HUGE as I don't know how to reduce its size properly)
Picture A: Once I click on 'fix' it takes me to the screen in picture B. 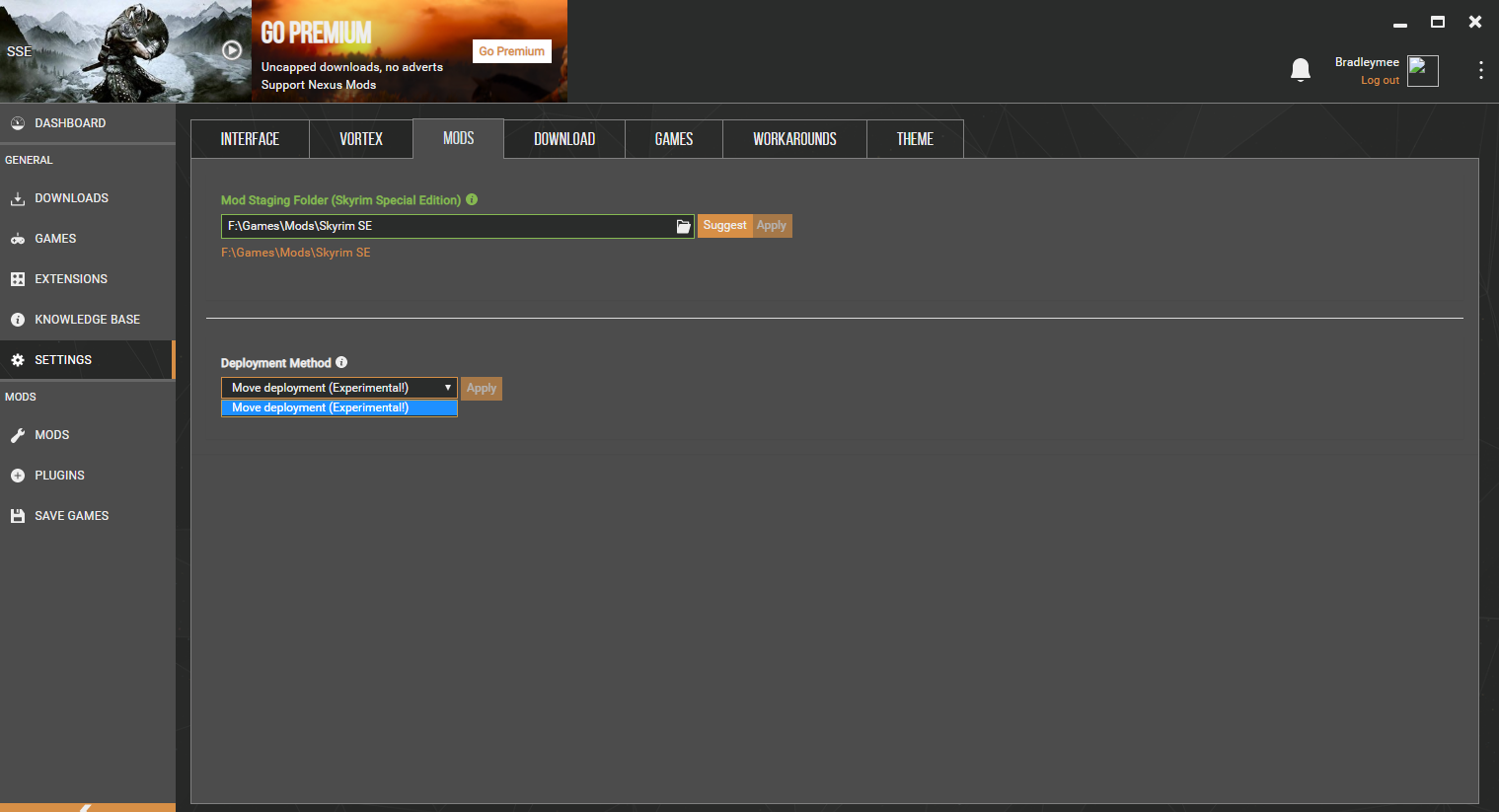 And if you thought this was the only issue I have found, sit tight, it gets worse:

I also have clicked on the mods button in the game menu which I have found out too late that this is a BIG NO-NO if I want to properly install mods. Plus before I found this out I installed SkyUI by dropping it in the data folder which, as it turns out, is also a big no no. And When I played the game, I have to enable it each launch in order for it to load (or so I thought). It turns out that Skyui wasn't actually active because the game menus remained unchanged in appearance. So I downloaded it again via vortex. and launched the game again and got the 'menu is incompatible' error message.

So I am not sure how I'm suppose to uninstall and reinstall SKSE and SkyUI if I had already put previous versions of them into the Data folder.

Can someone help me sort out this mess?

DISCLAIMER: This was meant to be posted in Vortex Support. If the moderators could kindly move this thread there i would much appreciate it.

If your game IS on the F:\ Drive, along with your Mod Staging Folder, then the next thing you should do is check if your F:\ drive is NTFS, if it's FAT32 then Hardlink and Symlink aren't supported

Back to Vortex Support

Also tagged with one or more of these keywords: issue, deployment, manual, mods, vortex