I figured out how to mod the weapons sounds of MP3 plus a tutorial for you.

Hello there.
For the last month's I've been working on a custom weapons sounds for MP3 and I figured out how to import them into the game since there's not a good and specific tutorial for it, aside from this one.

So, the way the sounds works on MP3 is there are made in a particular way and different compared to GTAIV and GTAV (maybe in the same way, I don't know).

The sounds are composed in separated audio samples and with a unique and different frequency (Hz) for each weapon such as the gunshots.

And the Echoes for weapons of "small" and "med", but those are named differently than simply "echo" on the folder and have a specific frequency but most of the files have same frequency.

And also the gunshots in Bullet Time which they are unique and have more length the gunshots and like most of the sounds have a specific frequency.

The way to add your custom weapons sounds is edit all of the seperate sounds for every weapon that are in the game and staying close to the length and frequency to the vanilla ones (it's a slow process).

Export the audio files separately, Right click on the same file and click on "Export to Openformats (.oac)" this will import your custom sounds after you have done with the editing.

Make a backup copy of weapons.awc in case something goes wrong with the import and the game launch.

Now, to the sound editing.

For the edits you can use Audacity for that which is easy to use and free.

Create a folder for your "Custom Weapons"

Open Audacity and drag the vanilla weapons sounds that you want to edit as mentioned above and use it as a reference.

Drag your custom sound and cut the specific parts you need for the sound files to work. 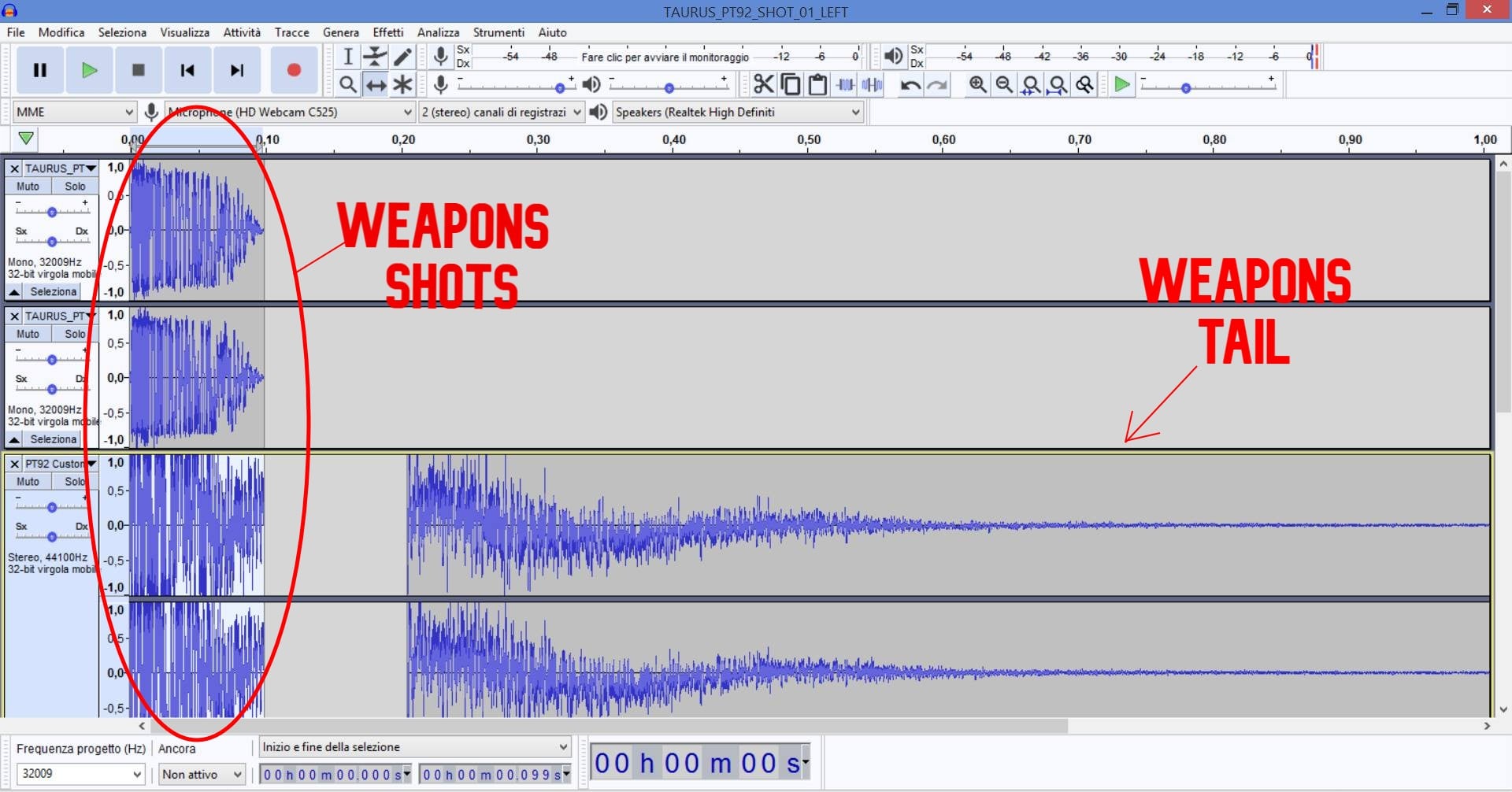 Seperate the "Stereo" files on "Mono".

Note: Don't worry with the final part of the file of your customed one compared with the Vanilla one, that is not important.
Keep or change the frequency closely to vanilla files (depending which one you dragged first) 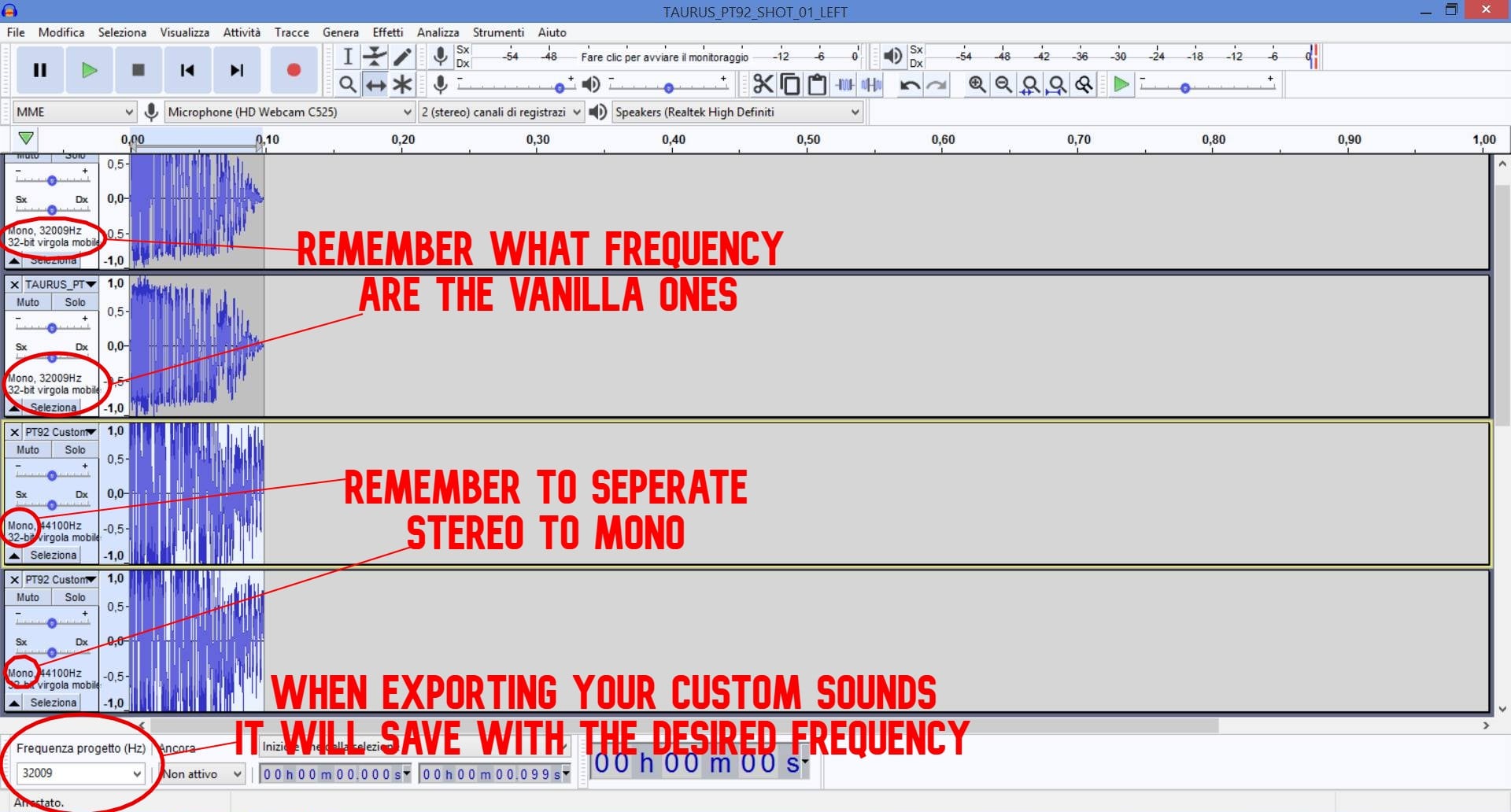 Mute the files you don't want to export ("Muto" Button) and export you custom sounds, one at the time replacing the original ones.

Now with Tail ones:

Same process as the other one.

In the the last few seconds edit the part that is not important using "fade out" on effects (That's what I did with my files, you can edited freely as long it has the same lenght of the vanilla file). 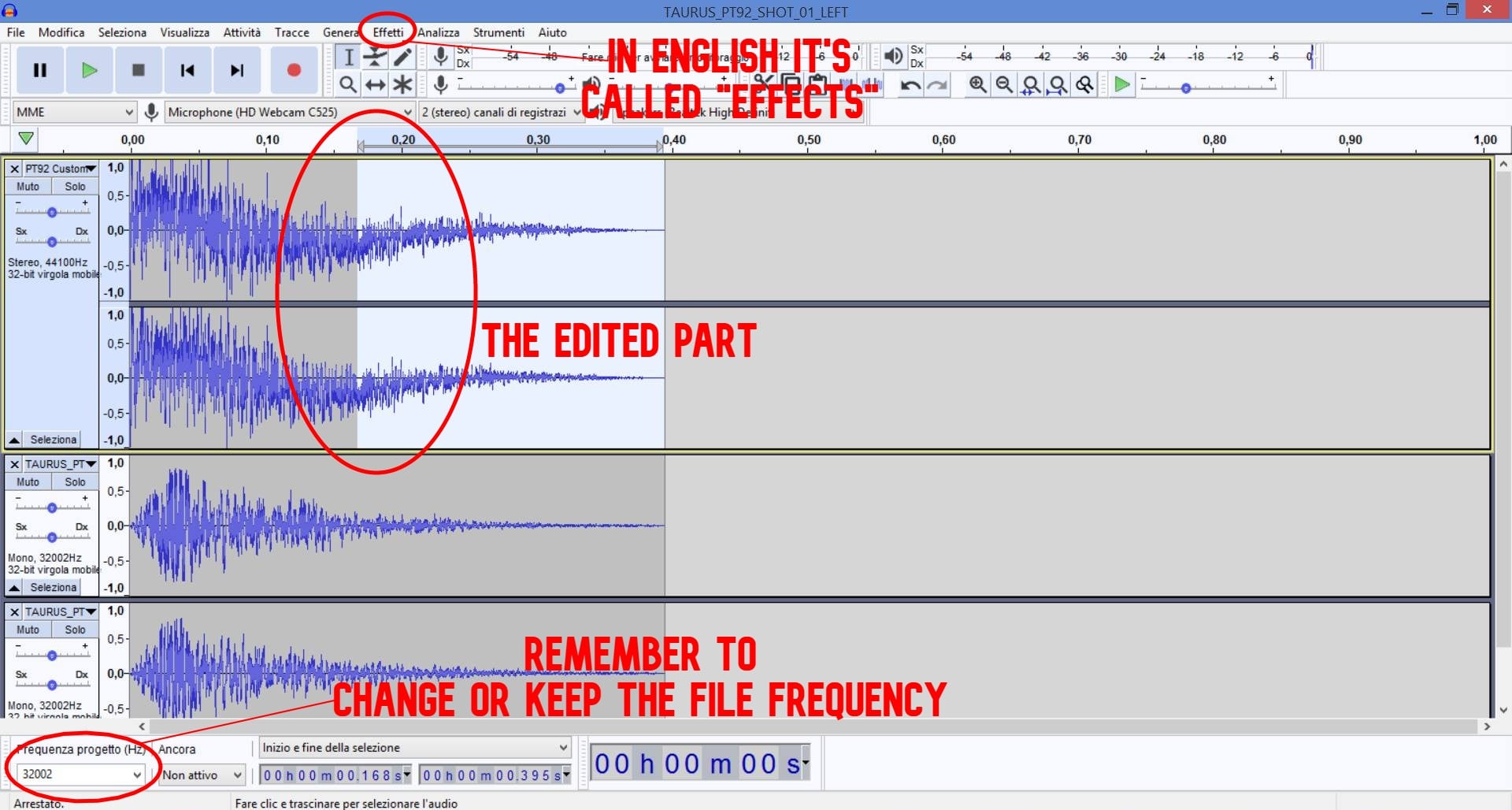 The shots in Bullet Time like all the rest of the files need to have the same lenght and frequency of the vanilla ones, you pretty much have to make a bulletimize version of your custom sound.

After you have with the sounds drag the weapons.oac on OpenIV and it will import your custom sounds in to the game.
And that's pretty much it.

Keep also in mind that most of your custom sounds may not be heard most of the time or sound differently in game.
I hoped that I was pretty clear with the Tutorial, let me know if that work for you and leave some feedback if you had some issues.

Back to General Max Payne 3 Discussion