8 replies to this topic

As many of you probably noticed in 1.04 version, CDP implemented a terrible sharpening filter to go along with the TAA anti-aliasing that the game has. This has passed unnoticed for many people with all the bugs and memes about the launch.

The effect it has on medium/far textures (specially when driving or just running) is terrible. It's also very noticeable in skin textures. They got much worse because of this (see sliders on the bottom of this post for a full res comparison). In general it looks like a bad reshade filter on top of the beautiful textures we had in 1.03

DISCLAIMER: It may look like an improvement in static images. You might think it helps with image quality but it really doesn't. When the game is in movement the effect it has in textures looks like an oversharpened reshade filter. If you have the option, downgrade your GoG version to 1.03 and look at the difference. 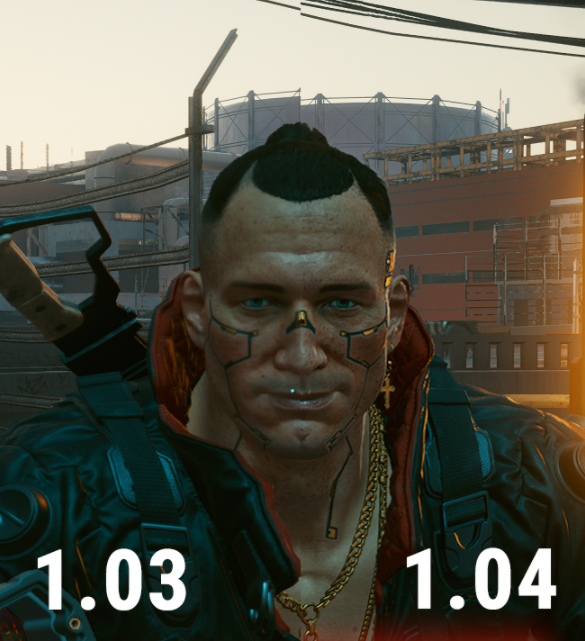 There are several post on their forums asking for a solution but we'll have to wait for the next patch to see if they are even listening.

I don't really know why on earth would they force a cheap sharpening filter on top of the vaseline filter that is TAA... but, they did it.

I hope some of you will know how to get around this. I'll owe you forever. Meanwhile i'll keep playing the 1.03 version 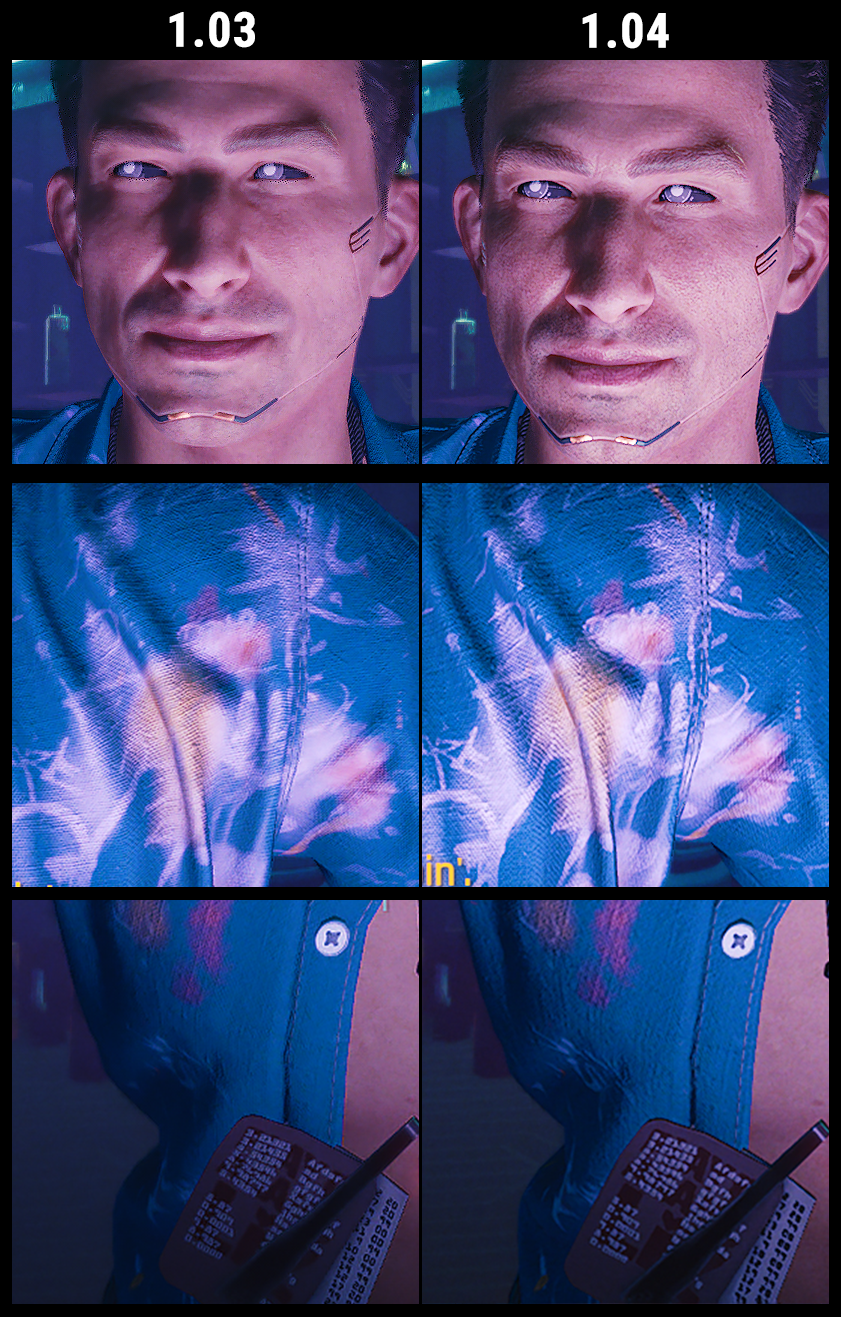 I'd be eternally grateful to the modders that can disable or configure the strength of this filter.

Yeah, im playing on steam version and i cant really rollback the patch, so i would be glad to have my visuals from 1.03 back..

This 100%. I was starting to enjoy cyberpunk before they added this horrible sharpness filter. It ruins the visuals and I can't play more than 20minutes without having to turn the game off.

I'm also playing on the steam version, so I also can't rollback to 1.0.3 and I refuse to play the game under this horrible visual clutter.

I have the same issue...I cant play the game since 1.04 because this sharpness effect is ugly as f***.

bruh.. what did they do ? i fell bad for not buying it through GOG i guess... at least i would be able to go back to patch 1.03

1.05 did nothing, sharpening is still there.

Back to Cyberpunk 2077 Mod Suggestions

Also tagged with one or more of these keywords: mod request, visual, sharpening