56 replies to this topic

Experience the Commonwealth 9 years into the future in the year 2296. Most of Boston has been rebuilt to an almost pre-war state. A new government has emerged, the Prime Prestonian Federation and Preston Garvey is the president. But settlements may still need your help.

how does this interact with the creation club stuff??
does it just straight up break it, or does it not appear or does it appear clipped into a wall ect.

The Only Backup You Need

Ayyyy, my Fallout 4 install just broke after more than 3 years of not needing a reinstall, so nice timing. 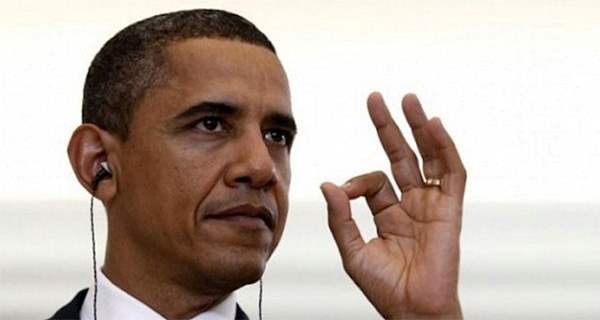 Ahahahaha, I just remembered what day it is today.

This would be cool if SMU mod takes place

I have a friend who is a Nigerian prince who would like to fund this, please send your banking and personal info ASAP.

Why are you playing with our hearts? This concept sounds really interesting and I allowed myself excitement for a moment... then I remembered the date. You rascals!

done not see the point, but if you happy doing it go ahead.

Personal I would have still like to play the Sole Survivor. who move to far harbor to get away from the pain of old old memories and normal reasons that hero type have when a call for help comes
Their always the old teleport error have a stunned Sole Survivor with their normal out load of weapons, armor and dogmeat turn up may cause a shock to the local police, But some think that old ally's can get Sole Survivor out of but they do need some help (why stunned ? other wise the blood bath that would happen (most like likely start by dog meat)

This is an April Fool's joke, right?

A full restoration of the commonwealth fully optimized would be a fantastic resource not only as a set piece for a story but as a set piece of numerous story's.

I think that 9 year is a bit too short a period of time and perhaps setting it 20-40 years into the future would be a more potentially realistic time period, if the institute are now on your side - perhaps the General having left Garvy or a Synth replica of him to run the show on there behalf while they rule the institute and through there proxy the commonwealth as well then that would potentially explain how they were able to do so much restoration work as synth labor is of course far superior to the old beaten down rust bucket robot's.

It is a very worthy goal you have set yourself but a very hard one to accomplish and if you do then I have no doubt it will be very interesting to a great number of players.

For me though the idea of a restored Boston, perhaps with complex neighborhoods like good neighbor set in there own cell (to make them more manageable for the game engine with there many npc's and new location's - this would require blocking off some parts of the city and placing door's there or using tube stations and monorail station's - or even taxi's as quick transit point's to access them).

Leaving some crime group's in the commonwealth to spice thing's up, a war between the crime syndicates, minutemen police taking bribe's and contraband being pushed.

An alternate start as a detective, Nick Valentine left his agency to help train the minutemen in police techniques long ago and so his secretary was left high and dry but being a creative lady she decided to keep the agency going herself and with a little help from a nosy reporter and some new recruits - yourself included they got the ball rolling again, hitmen, bounty hunters and other faction's, an NCR Embassy and some intrigue there and why not a Legion emissary as well with his own embassy despite - despite being far from there native territory they may have a vested interest in keeping track on and perhaps gaining an alliance with the new power that has emerged.

Years later you wake up in your own office somewhere else in the city, the rich have mostly left Diamond city and despite the more lawful nature of the city street's here and there the rich family's have occupied old apartment building's with there own mercenary, ex minutemen and reformed (supposedly) raider and triggermen guard's and barricades at the base of there towers creating a hundred ten penny tower like location's all with there own mission's for this detective to investigate.

Were the triggermen and the raiders are concerned as well as the supposedly ex gunners and talon company (whose leader may be now masquerading as a potential presidential candidate for the PPF), dirty dealing, back street murders, hit men, political intrigue, bootlegging (now that would be a difficult one, what could be outlawed by the hidden hand of the institute that people want) and of course border war at the periphery of the territory along with periodic invasion's and those terrorists you mention.

It would be very nice to see your mod completed but to implement also multiple starting point's so that your character could live several different lives, minuteman ranger, back street thug, Son of Skinny Malone and Darla - she never told him she was pregnant but now he want's to avenge his father and rebuild his empire such as it was so has to work his way up the rank's of one of the Triggermen family's, Private Detective with a damsel in distress to save or if your character is female a notorious syndicate boss whom also think's of you as his moll or tries to since you maybe knew one another when you were teenagers despite your different approach to life.

As a backdrop for story's and as a basis for a total conversion of the game into a REAL RPG your project has a great many potential uses.

I wish you luck, other's have began restoring the commonwealth but non ever finished and most of there mod's broke precombine's, one way around it may be to create a duplicate world space though that would make your mod huge and give your character a door to walk through after character creation, perhaps in the player's ruined house that would take them to your restored future version of it, or to a sleazy dimly lit detective's office with some cases waiting to be investigated written in a few notes on the desk and a femme fatale with a very important case of her own for you to investigate.

Myself if there were some good detective cases, a sleazy world with cop's on the take, gangsters and smugglers as well as gang factions vying for control under a corrupt government in a mostly rebuilt city with many new neighborhood's as big as or bigger than good neighbor then that is the route I would want to play through, no glory at the end just the satisfaction of having solved the cases one way or the other - no one said you had to be a good guy detective after all maybe you do the twilight shift as an enforcer for hire for the syndicates or are an ex minuteman cop jaded corrupt and knowing a little too much about everyone and everything for your own good but what can kill you can also keep you alive.

Even if as MysticalNomad has observed this just turns out to be sad joke on the nexus then it still remain's a great idea.

But looking at that Office with Garvy in it I am guessing this is maybe not a joke, I don't download video's though so maybe someone can enlighten us.

If it's genuine though like I say very best of luck with this mod.

Back to File topics