Even after tons of hours spent in-game it is annoying to see how elks or bigger animals stand on slopes like mushrooms, tangent to the slope instead to follow gravity.

Ok, i do not wanna ask something complicated, just that:

1) slopes shall prevent animals from resting, slopes are ok but just to move up or downhills - not to rest there

2) another strange behaviour is when animals turn around in-place - possible to make make them jump ? i guess there are no animations just basic moves

I encircled the Elk in blue and drew a red line for the slope: 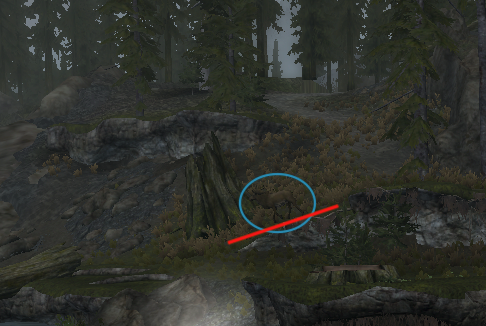 Also tagged with one or more of these keywords: animals, animation, ai