So, we've seen a few H&K rifles, the G36, the HK 416, and the G11 enter the game, but what about the famous roller-delayed action rifles? There used to be a G3 mod out there, but I can't find it on the Nexus anymore. What about others, though? The HK41, the HK43, 32, 53 (lots of three's out there, huh?) and so on? There were even light machine gun variations built on the same frame and action, like the HK21. As they resemble one another so closely I feel like once you have one model down, creating others of the series would be relatively simple.

It seems to me that making a sort of generic "HK Rifle" mod would be the most efficient route, with a single frame which could be fitted with different receivers to create the different rifle models, each having their own sets of magazines, stocks, barrels, and such to get the subtypes. For example, the base rifle could be the G3 or HK91, which could then have the receiver swapped out from 308 to 5.56 to create an HK33, or even a 9mm receiver to create an H&K MP5 (though there is an MP5 mod on the Nexus already). Alternatively, take your G3 and convert it into an HK SR9 with a marksman's stock and grip and long-range scope. You could even convert it into a pistol-class weapon (in game-play terms anyway) by using stock-less options, like the pipe weapons.

What do you guys think? Is this a reasonable idea, or more to chew than I think it is? Anyone up for it? 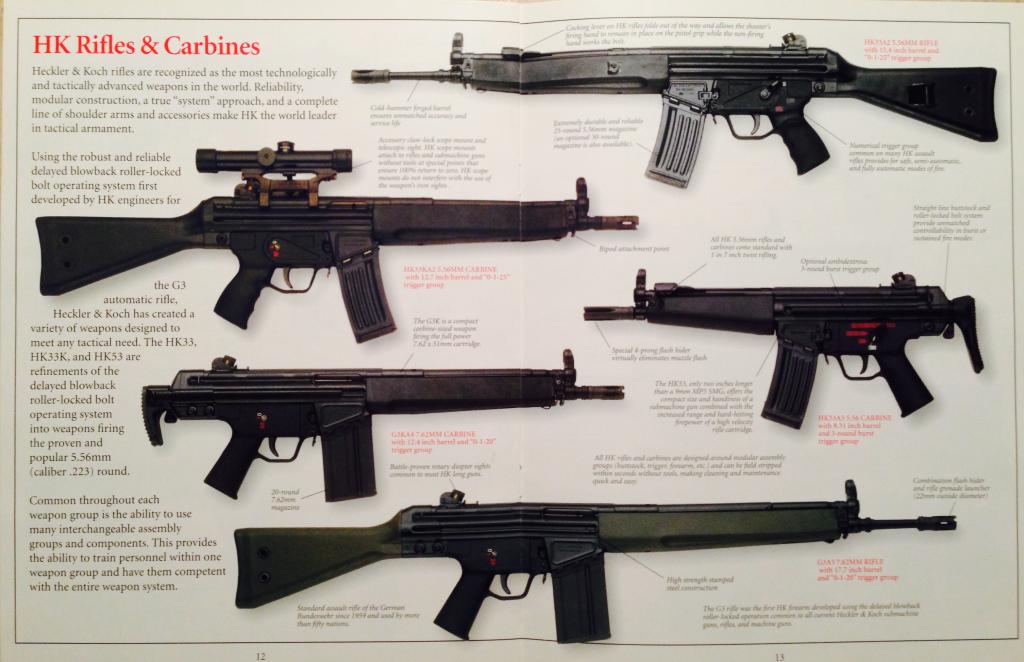 I would really like a Heckler & Koch G3 weapon mod, as I actually used this gun for a certain time in life. I use a mod which degrades and finally destroys weapons, so I have to create degraded versions of added weapons, and I think I would do this work for a G3.

Please without legendary versions and/or stuff put into the world, and please with a LL list at least already present, so I could delete the quest for the usual scripted leveled list injection and integrate it manually.

Heckler & Koch G3 would be an awesome add-on weapon. It would dovetail nicely in the game's lore (for those game lore fanatics) or as a above average assault rifle of some reputation (for us gun purist).

@geala: What weapon degrading mod are you talking about...I like my Way of the Cross extra salty.

Also tagged with one or more of these keywords: weapons, crafting, workshop, etc